Fire spreads from home under construction to displace neighbours in Vanier 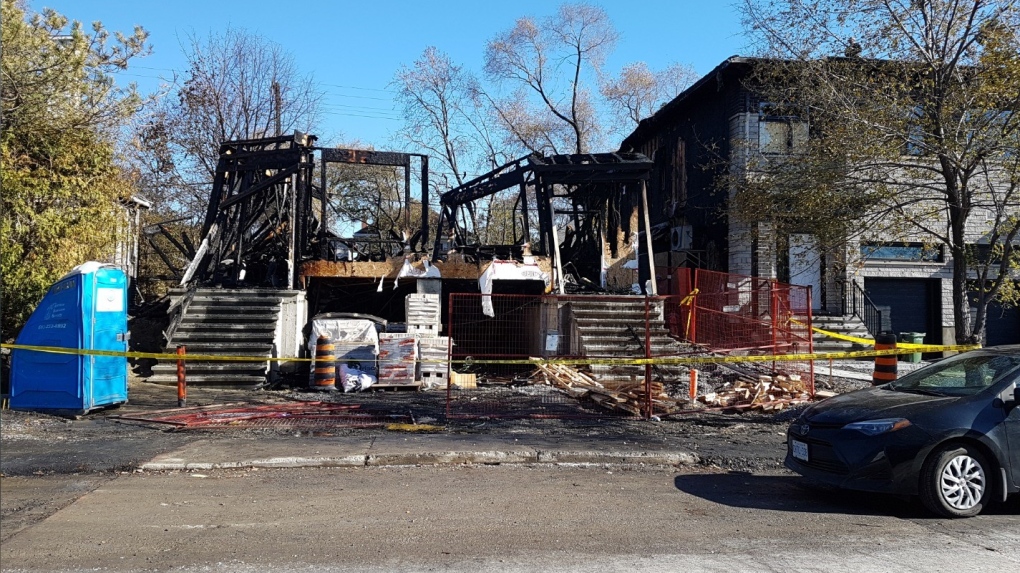 A fire started overnight in a home under construction on Longpré Street in Vanier on Oct. 31, 2020. Two other homes were damaged. (Michael Mersereau/CTV News Ottawa)

OTTAWA -- Two families in Vanier have been forced from their homes after a fire that started at house under construction spread to their homes overnight.

Ottawa Fire Services said in a press release Saturday morning that firefighters were called to 151 Longpré St. at around 3:55 a.m. Saturday on reports of smoke and flames coming from a building that was under construction there. The house was fully engulfed by the time firefighters arrived, and the flames had already spread to other houses.

A second alarm was called at 4 a.m., as more resources were needed to fight the fire.

Paramedics assessed one person at the scene but no serious injuries were reported.

The flames had jumped from the house under construction to two neighbouring homes. Fire officials say the residents of those houses have been displaced by the damage. The heat from the fire also damaged two other houses.