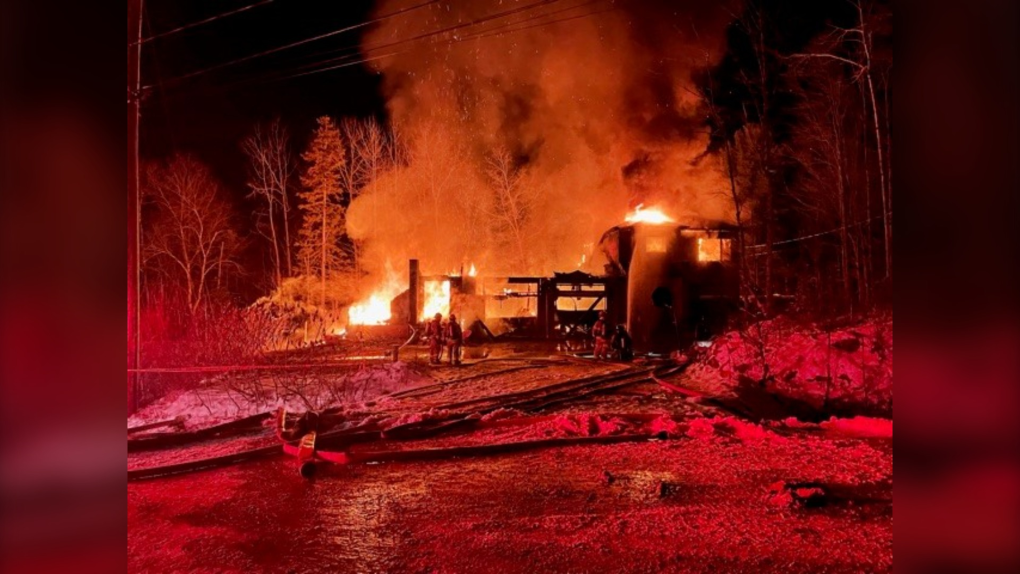 There are no reports of injuries after a late afternoon fire at home in Val-des-Monts, Que. sent flames and smoke soaring into the night sky.

"The first building is completely destroyed and the firefighters are busy extinguishing the second building," said police.

Police said in an update Sunday morning the fire was confirmed to be accidental in nature and that firefighters from Cantley and L’Ange-Gardien were called in to help, given the size of the blaze.

"Our hearts go out to the two families greatly affected by this sad event," police said in a release.