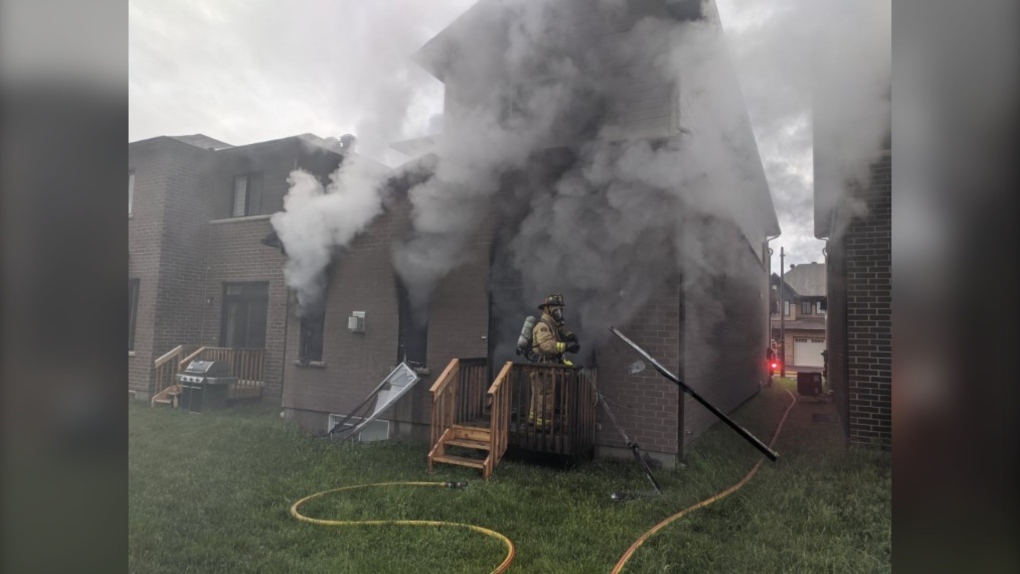 OTTAWA -- No injuries have been reported after a late afternoon fire damaged a home in Ottawa’s east-end.

Ottawa Fire received multiple 911 calls just after 5 p.m. reporting heavy smoke and flames coming from the second floor at the front and rear of the home on Avro Circle.

When firefighters arrived on scene, they conducted a search and confirmed the home was unoccupied at the time of the call.

The fire was quickly brought under control.

An Ottawa Fire inspector has been called to the scene to investigate the cause of the fire.

The fire at 288 Aero Crescent is under control. Searches are complete and negative. Overhaul and salvage operations underway. @hydroottawa has removed the meter and disconnected service from the street. OFS Fire Investigator has been dispatched. #ottnews #OttCity #OttFire pic.twitter.com/7RB9xsQB8g