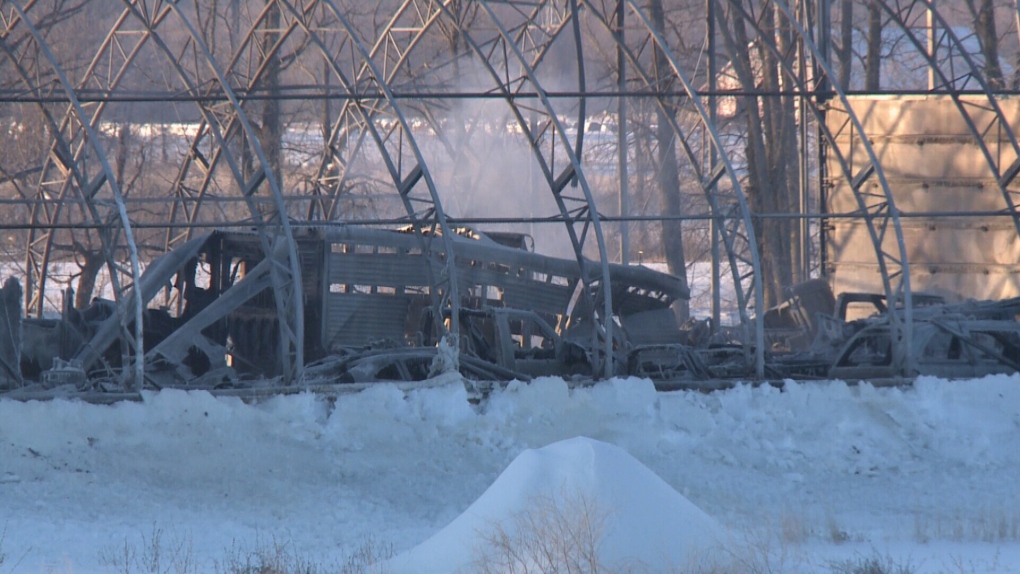 A blaze in Quebec’s Pontiac region caused extensive damage to a hangar that housed numerous vehicles, including RVs, cars, trucks and boats on Sunday, Jan. 25, 2015. Damage is estimated at several thousand dollars.

Firefighters in Quebec’s Pontiac region were busy Sunday night battling a blaze that caused thousands of dollars in damage to a warehouse.

Firefighters from Chelsea were on hand to help battle the blaze.

The cause of the fire remains unknown. The investigation is ongoing.