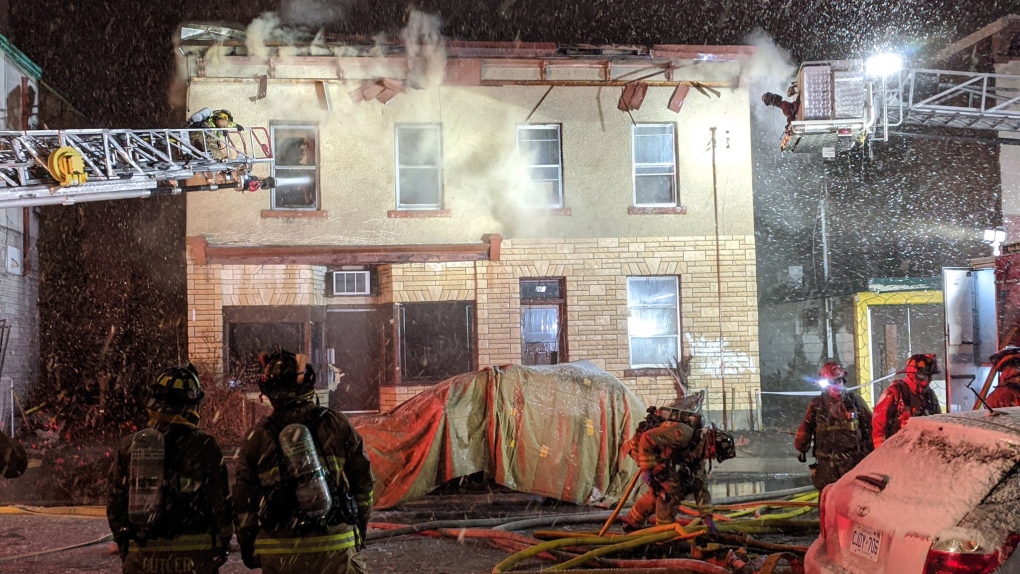 OTTAWA -- Residents of a home on Rochester Street near Little Italy were forced to take shelter in OC Transpo buses Saturday night as the building next door caught fire.

Crews were called to the abandoned building at 249 Rochester Street around 9 p.m., and found heavy smoke coming from the entire building.

They declared a second alarm and the building next door, at 247 Rochester Street, was evacuated.

Those residents were forced to take shelter for the night in OC Transpo buses brought to the scene.

Crews remained on the scene past 1 a.m. to extinguish hot spots.