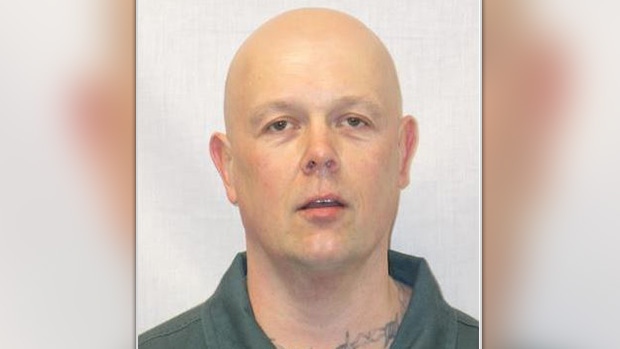 OPP are asking the public's help finding a federal offender wanted on a Canada-wide warrant.

Boyd Richards, 45, is serving a 10-and-a-half-year sentence for robbery, fraud and other charges. Police say he is unlawfully at large.

He has several tattoos, including a swastika made of battleaxes on his head, barbed wire around his neck, a pig with bulletholes under which "OPP" is written on each calf, and three fully-cloaked KKK members on his left calf.