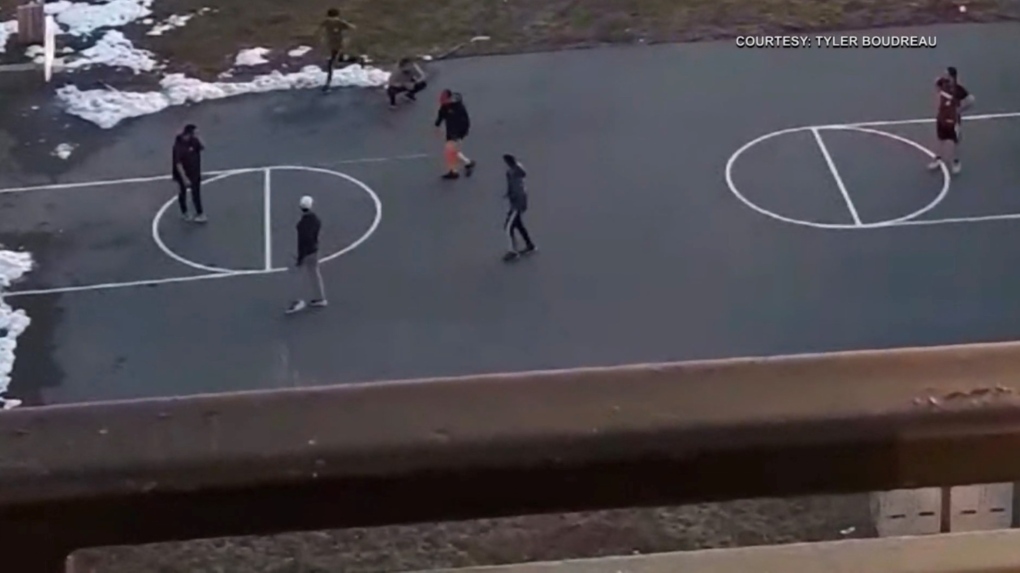 The City of Ottawa has closed all parks, playgrounds and equipment in a bid to lower the spread of COVID-19, but some still aren’t listening to the rules.

At McNab Park in Ottawa’s Centretown neighbourhood, two separate groups of skateboarders, one group with two and another of four, are using the skate pad to practice their skills.

The tape blocking the park entrance, as well as the tape around the skate-park has been torn down. None of the skateboarders agreed to an interview, but all of them claimed they were not aware of the rules put in place by the city.

In another instance, viewer video sent to CTV News Ottawa shows a group of at least seven people playing basketball in a city park.

Ottawa announced last week that all parks and playground equipment is off-limits, those areas only to be used for walking through. Gatherings of five or more in public or private residences, as well as non-essential businesses continuing to operate have also been banned.

“People have to think about the consequences of breaking this law," said Watson. “Being irresponsible not only to their own health but then they go back to their home and their family and are potentially bringing the virus with them.”

Bylaw Services officers have been given the power to enforce these rules, and has a dedicated team enforcing the Emergency Management Measures.

“If that’s what needed to get people to shake their head and realize this is too serious to be flaunting this law then Bylaw will start issuing tickets,” said Watson.

Ottawa Police Service officers will continue to enforce calls related to quarantine orders due to COVID-19.