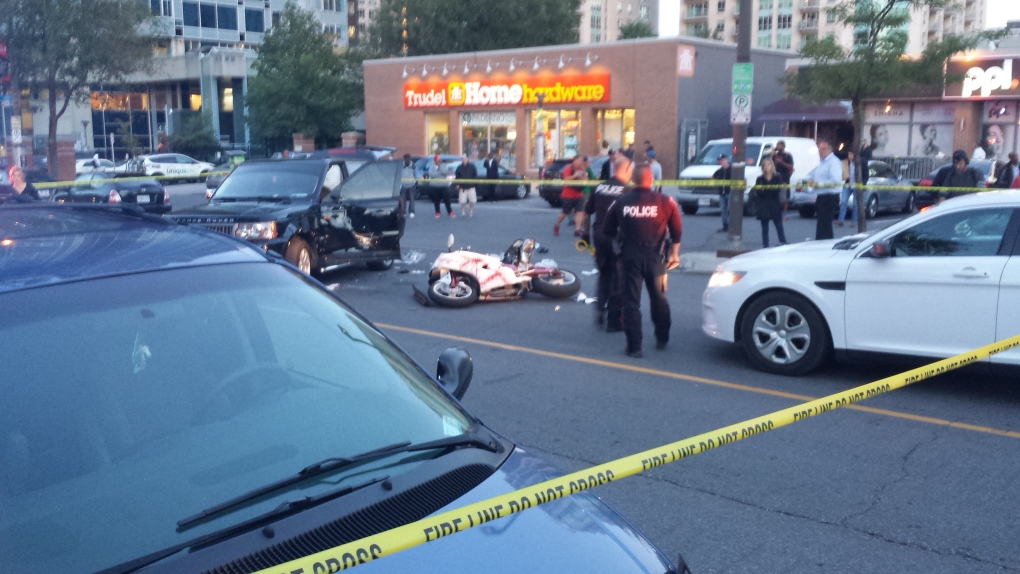 Paramedics say a 31-year old motorcyclist has died following a collision  Friday evening on George Street in the Byward Market.

Police say a motorcycle travelling eastbound on George collided with an SUV that was exiting a parking lot near Dalhousie just before 7pm..

The white and red patterned motorcycle lay next to a dented black SUV as police cordonned off the area for an investigation that lasted several hours.

Witnesses say the motrorcycle had been revving loudly seconds before the crash, and  appeared to be travelling at high speed.

Duty Inspector Mark Patterson said officers were continuing to get information from witnesses while collision investigators assessed the scene.  Police also planned to check whether there was any video surveillance of the collision to help confirm the cause of the crash.

The driver and a passenger of the SUV also suffered non-life threatening injuries.