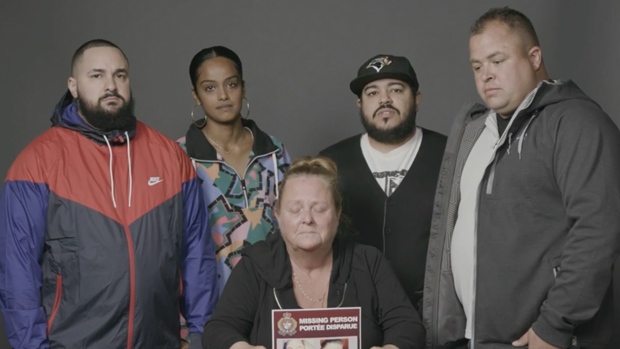 An Ottawa family has made an agonizing plea for the safe return of their 11-year-old daughter.

Nakayla Baskin has been missing for a full week now and the Ottawa Police Criminal Investigations unit is involved. Investigators say there is no reason to believe foul play is involved in Nakayla's disappearance, yet the fact that she's 11-years-old is a concern for her safety.  While Nakayla may be street smart, police say she is still a child who has been missing for a week.

It's an emotional message from Nakayla Baskin's father.

“Nakayla we all need you to come home. We all love and miss you.  Home's not the same without you.”

Her grandmother delivered a painful plea for help.

“My granddaughter has been missing for a week and we need your help to find her,” she said.

Nakayla Baskin's family recorded a video message with the help of the Ottawa Police, who have now ramped up their investigation to try to find the girl.

“The six days she's been gone,” said Superintendent Chris Renwick with Ottawa Police Criminal Investigations, “as each hour passes, it becomes more of a concern for us.”

Nakayla, who is 5 foot 4 inches tall and 150 pounds with light brown hair, packed a bag and snuck out of her Carlington area home just past midnight last Monday  She's only 11-years-old but looks older and presents herself as older.  Police admit they are worried about the possibility of her being trafficked.

“I'll be clear,” says Renwick, “we have no strong evidence of foul play but again this is 11-year-old girl who is very, very vulnerable.”

Police say Nakayla has always been active on social media and, like all girls her age, is always using her cell phone. But there's been no activity on any of her social activity sites since she disappeared and police have not been able to locate her on her phone.

Police have been looking for her in areas she's known to frequent including Russell Road in southeast Ottawa, and the St. Laurent and Rideau malls.

“Somebody out there, someone knows where she is,” says Renwick, “and somebody has had contact with her in the last 6 days.  We need to hear from them.”

While she has left home in the past, police say it has never been for this long and never without any word from her.

“We just need to know you're safe and we're waiting for you at home,” her father said in the video, “We love you.”

There is one distinguishing feature about Nakayla, she's known to carry a red bag. Police says she is attached to that bag. If you see her, police say you should call 9-1-1.