Family members are mourning the loss of a son, a brother, and a friend.

“This is a card we gave him just last week when he turned 24, he’s our Canada Day baby,” said Pat Andersen as he looked fondly at the birthday card and the collection of pictures of his son, holding on to memories as he continues to grieve this deep loss.

Chad Andersen died in hospital Thursday after his motorcycle collided with a truck at the intersection of Tenth Line and Wall roads. A memorial featuring flowers and bottles of his favourite brews has been placed at the same intersection in his honour.

“I pick up recycling on that stretch of road,” said older brother Adam Andersen. He was working nearby at the time of the crash. “I heard on the radio be aware there’s a motorcycle accident at Tenth Line and Wall Road. I didn’t think anything of it, oh there’s no way it’s Chad.”

But when he heard the motorcyclist had died, that’s when it hit him.

“I pulled the truck over called my brother right away and his cellphone rang four times,” he said.

Adam says his brother was known for living life in the fast lane, but also made time for his friends and loved ones.

“He would go out of his way to give you a smile, give you a big bear hug,” he said.

Chad lived with his mother, Shelley Cross, in the east end of the city. 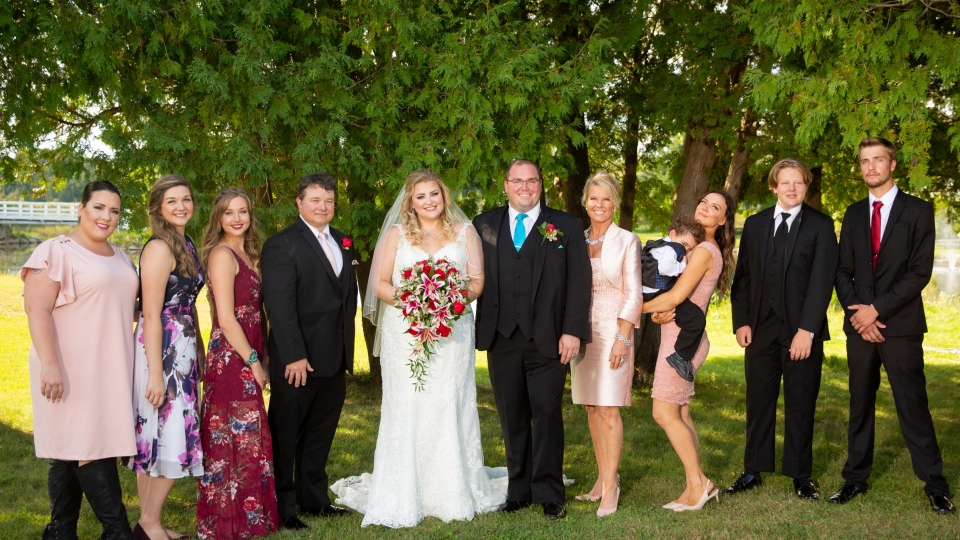 “My Chad was a beautiful man who had charm, passion and was devoted to family and friends,” said Cross. “He loved the outdoors, fixing cars, riding his bikes but mostly chilling with his friends and family. He was crazy about country music especially Luke Bryan and Luke Combs. He was so happy working at his job with FenceOne and was saving to buy a big truck to join as a subcontractor next season.”

She says the intersection of Tenth Line Road and Wall Road must be fixed to prevent more deaths.

“If there would have been lights or a three-way stop, Chad would be alive,” said Cross.

Since news of Chad’s passing, the Andersens have received an outpouring of messages from those who knew him, solidifying what the family already knew.

“He was just so full of life, had a heart of gold and he put everyone ahead of himself,” said his brother.

“He was my baby and I’m going to miss him all the time,” said Pat.

Chad was a huge country music fan, with Luke Bryan among his favourites. The country singer is in Ottawa Bluesfest and the family says they’ll be attending his concert Thursday in his honour.