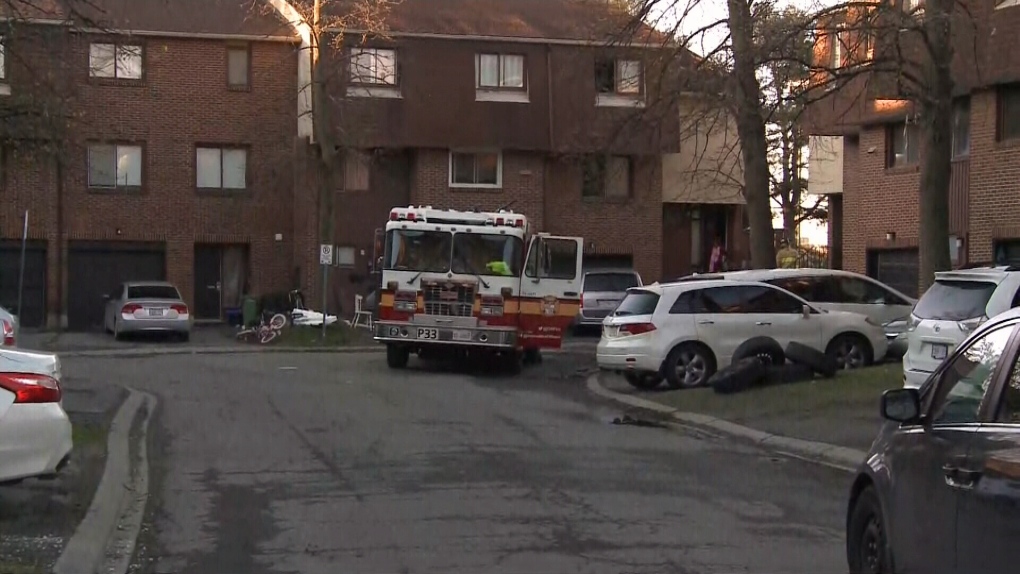 Ottawa Fire Services respond to an early morning fire in the Heron Gate neighbourhood on May 6, 2021. A family of nine has been displaced.

OTTAWA -- A family of nine has been displaced following an early morning fire in Ottawa's Heron Gate neighbourhood.

Ottawa fire responded to a 911 call from a resident reporting a fire in the basement of a townhouse on Cedarwood Drive, between Baycrest Drive and Walkley Road.

Officials say firefighters launched a "fast attack" to prevent the fire from spreading, however the adjoining unit has minor smoke damage.

A neighbour told CTV Morning Live the fire started in a dryer in the basement.

The Canadian Red Cross and the Salvation Army is assisting the family displaced from the home.