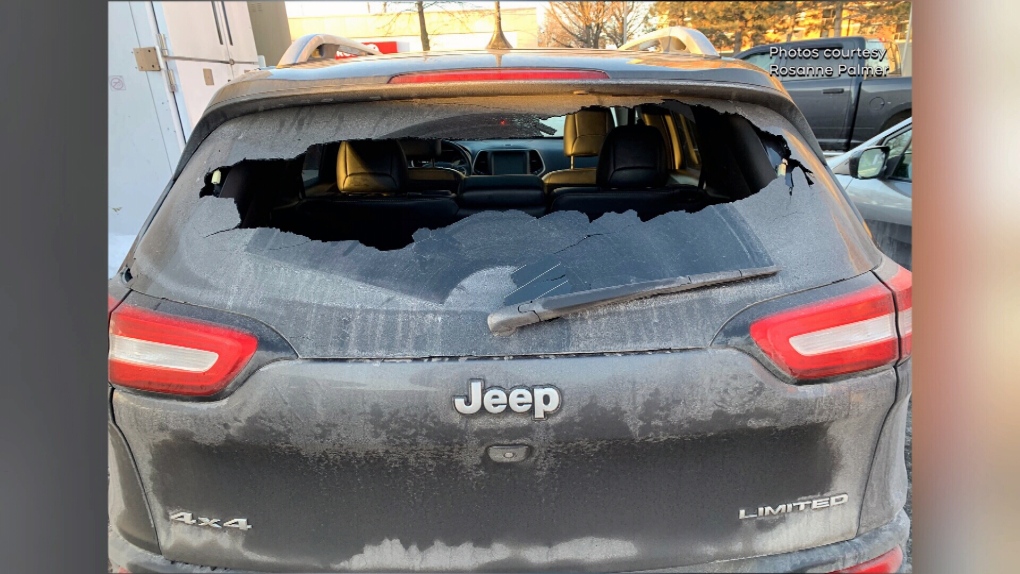 Ottawa resident Rosanne Palmer says her rear windshield was smashed by a piece of ice as she waited at a Tim Hortons drive-thru on Friday. (Courtesy: Rosanne Palmer)

OTTAWA -- An Ottawa woman says she feels lucky to have escaped injury after a close call involving falling ice at a Tim Hortons drive-thru.

Rosanne Palmer said she was waiting in line at the drive-thru on Baseline Road just east of Greenbank Road around 7 a.m. Friday when she heard a “huge crash” from the back of her Jeep.

She says she turned around and discovered her back windshield had been smashed by ice falling from the overhang above.

Palmer said the incident could have been much worse.

“Had it happened 10 or 20 seconds earlier, it would have gone through my sunroof,” she said. “I feel extremely lucky.”

Palmer said she’s a frequent customer at that Tim Hortons, which is in the same building as a Circle K and Esso Station.

She said staff on site told her to contact the Tim Hortons head office, and she hadn’t heard back as of early Saturday afternoon.

CTV News has reached out to Tim Hortons for comment.