OTTAWA -- On the wall by the main elevator at Bruyère’s Saint-Vincent Hospital is a colourful display of expression—a mural curated through its Artist-in-Residence program.

"I look at this project as kind of a social activism to that side of the wall because they deserve culture and they deserve those experiences," said the program's first artist, cj fleury. "It wasn't just a one size fits all. It really had a lot to do with the spirit of the person and their particular capacities and interests."

The program is designed for patients and residents of all abilities to take part in the creative process whether it's through visual arts, drama, dance or music.

"They started to see these other facets of their personality. Then they started to talk to each other about art and sometimes have new conversations with the patients or with me about what creativity could be …there was this whole conversation growing in the hospital," fleury said.

The project continued and was adapted through the pandemic—with bright distancing markers painted on sidewalks.

Projects included the mural, flowers and a series of letters that created a message of thanks hanging in the atrium. 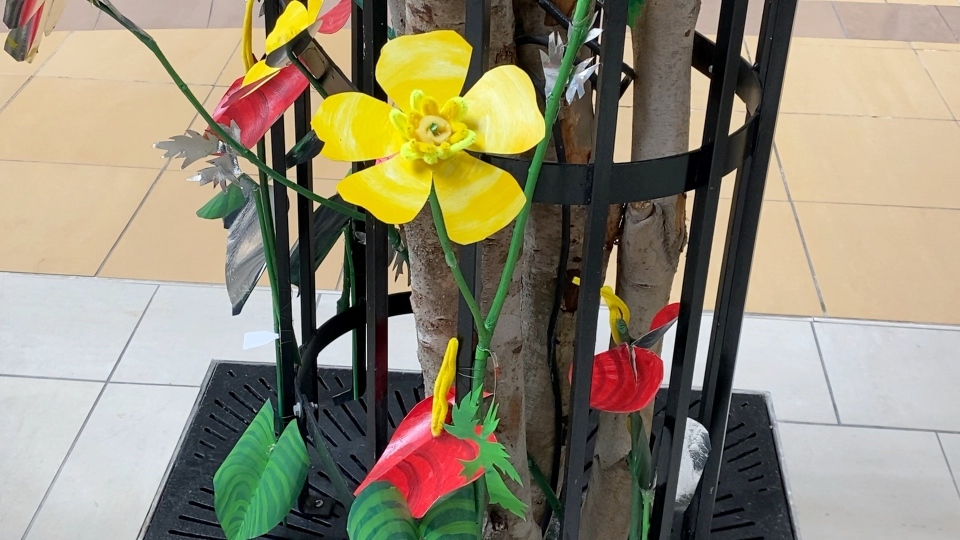 "There were like six of them down in their wheelchairs on the atrium floor and I was on the various levels of the five-level stairway and they're calling up going 'no, a little bit to the left, bring it up on the right,'" said fleury, laughing.

Wiebe said the program has helped transform care. Evidence of how it has made a difference in the lives of residents was published in a research paper based on surveys with patients, caregivers and staff.

"A lot of participants said the program was just as important as their physiotherapy, as their occupational therapy and medication," said Lucy Li, a Queen's university student brought on as a summer research student.

"It was actually interesting that that research happened while people were under visitor restrictions but still people were indicating that their quality of life had improved because of the project," added Wiebe. 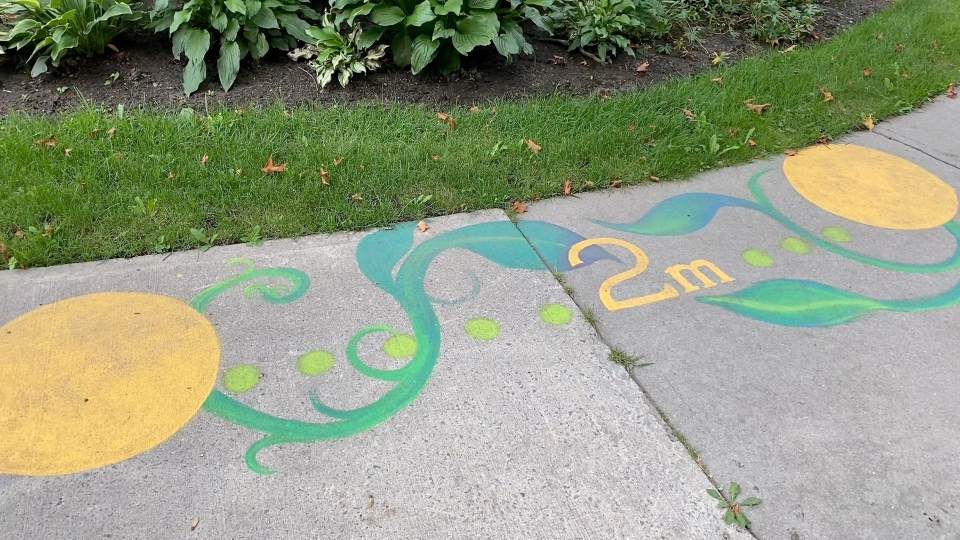 The success of the project is fueling the complex continuing care hospital's push for it to continue.

"We're having great difficulty getting funding for this whether it's from healthcare or whether it's from the arts sector so that's where donor dollars are truly important," said Wiebe, adding she hopes the project will continue to grow.

A previous photo caption mistakenly misidentified the subject as artist cj fleury. It is, in fact, a Bruyere resident.