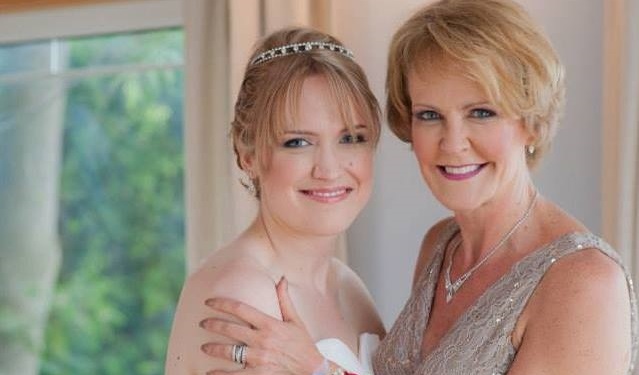 It has been nearly four years since the sudden loss of Ottawa Noon host and CFRA news anchor Lauren Davis. She died in her sleep in May of 2015 without warning.

Lauren began working at CFRA in early 2010, while still a radio broadcasting student at Algonquin College. She quickly became a full time anchor.

She was on maternity leave when she died, having just given birth to her son Colin. She and her husband Phil Shirakawa, a former board operator at CFRA, had just celebrated Mother’s Day. Lauren was 24 years old.

Now, Lauren’s mother Erin Davis, a long-time radio host in Toronto, has written a book about her experience losing her daughter.

“I’ll tell you that the shock, the cloak of shock, is a wonderful thing because it enables you to get through those early days and weeks,” Erin Davis told Newstalk 580 CFRA’s Ottawa Now with Evan Solomon. “Rob [Whitehead] and I were both very, very grateful for that; we were grateful for each other and our now 31-year marriage but, most of all, the way that people gathered around us–friends we didn’t even know, people who had listened for years or had gone on my blog–were there for us to offer us consolation, to grieve with us, to mourn. It meant so much to us; almost like a virtual church community or a blanket around us that raised us up and showed us we could keep going.”

Davis’ book, Mourning Has Broken is about dealing with that loss, and helping others through their grief.

“In time, we found ourselves being the people that others in grief came to and said, ‘How did you survive this?’” She said. “Although we’re far from experts, all we know are the steps that we took, and what worked so well for us in trying to come to terms with the fact that our daughter, and Colin’s mother, is never coming back.”

Davis says the exact cause of Lauren’s death has never been determined. By all accounts she was a healthy 24-year-old. Davis suspects it may have been related to medication Lauren was taking to help her breastfeed, but no conclusive link was ever proven.

But, she says, not knowing exactly why Lauren died became part of the healing process.

“What I have learned–if you want to talk about the Kübler-Ross ‘five stages of grief’ with which everybody is pretty much familiar–acceptance for me and for Rob came in the form of writing Mourning Has Broken.”

Ultimately, Davis says, her book is for Colin, who is now four.

“He looks an awful lot like his mom–and his dad, I’ll give him credit for that, of course–he’s musical, he’s funny, he’s got a lot of Lauren in him,” Davis said. “This book will, I think, really help him to know who his mom was because she really was pretty neat.”