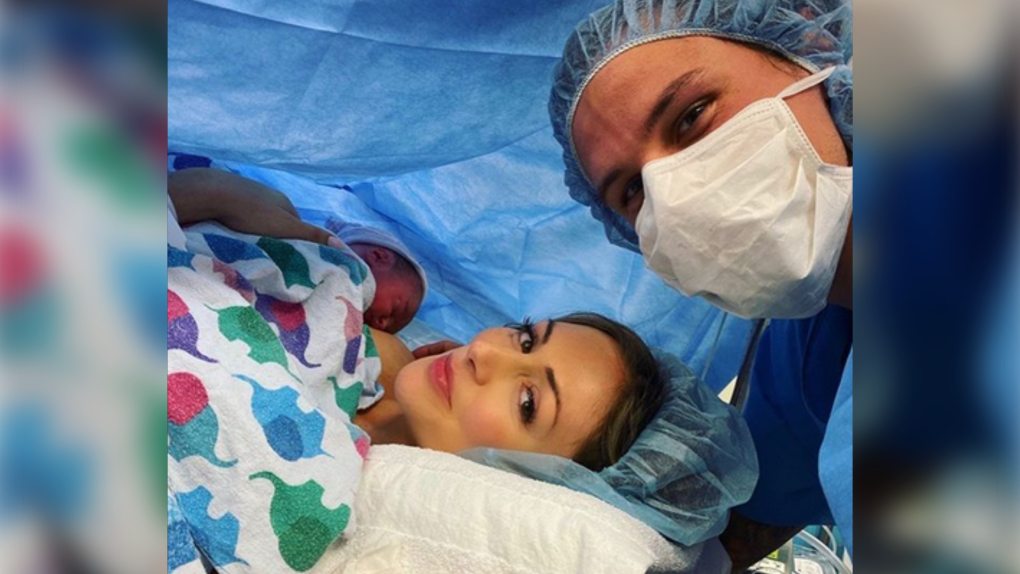 Former Ottawa Senators captain Erik Karlsson was a last-minute healthy scratch for the San Jose Sharks Wednesday night because of a "personal matter" and now we know what that matter was.

Karlsson revealed on social media late Thursday night his wife Melinda had given birth to a baby girl.

“It hasn’t been easy but after the rain finally our little rainbow arrived,” he said on Instagram.

In a separate post on Melinda Karlsson’s private Instagram she revealed their daughter’s name as Harlow Rain Karlsson.

In March of 2018, the Karlssons' first child, Axel, had been stillborn.

"We feel very lucky to be Axel's parents. Even though he was stillborn, we know we will hold him again one day under different circumstances and the joy he gave us will be with us forever," Karlsson said in a statement shortly after Axel’s death was revealed.

Karlsson thanked his wife in his latest social media post, calling her the strongest and most determined person he’s ever met.

To my beautiful wife for doing everything in her power to bring our beautiful little baby girl in to this world, never have I met a more determined or stronger person than you. It hasn’t been easy but after the rain finally our little rainbow arrived. Love you both more than I could ever imagine.