End of an era: After 135 years of serving Kazabazua, Quebec, Irwin’s General Store is closing

KAZABAZUA, QUE. -- As the leaves change this autumn, so will a precious part of the Gatineau Hills.

In Kazabazua, an hour’s drive north of the capital, along highway 105, they’re saying good-bye to an old friend.

"It’s a place where you come for all your stuff," said Tom Nesbitt, a long-time village resident.

"It’s definitely an anchor of the community," said Ricky James-Bright, a frequent customer of the store.

It has been an anchor for 135 years; owned and operated by the Irwin family for generations.

"It’s been a long ride and it’s been a good one.  And now it’s time to take a break," said Jim Irwin, the fourth generation to run the store. 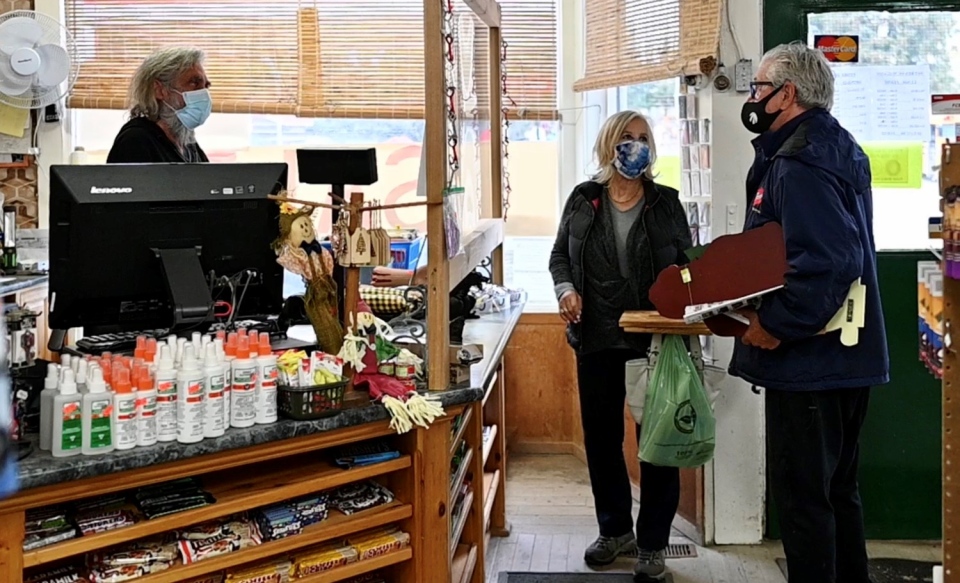 Irwin has been here six days a week for 47 years.  He’s retiring and is closing his family’s business for good Saturday at noon.

The Irwin story in the Gatineau area begins with Jim’s great-great grandfather, who left Ireland for North America in 1827 to work on the Rideau Canal.  Colonel John By would give him a small parcel of land where the Parliament buildings now stand.

Joseph Irwin would buy a canoe and head north into the Gatineau Hills, purchasing and selling several waterfront lots that would later become the village of Wakefield. One of Joseph’s 13 children would settle in Kazabazua and open the Irwin’s first store.

"The store was an old general store when I took over.  I modernized the grocery section, then a few years later I had an opportunity to sell the groceries and turn the whole thing into a hardware store.  It’s been a hardware store since the late 70’s." 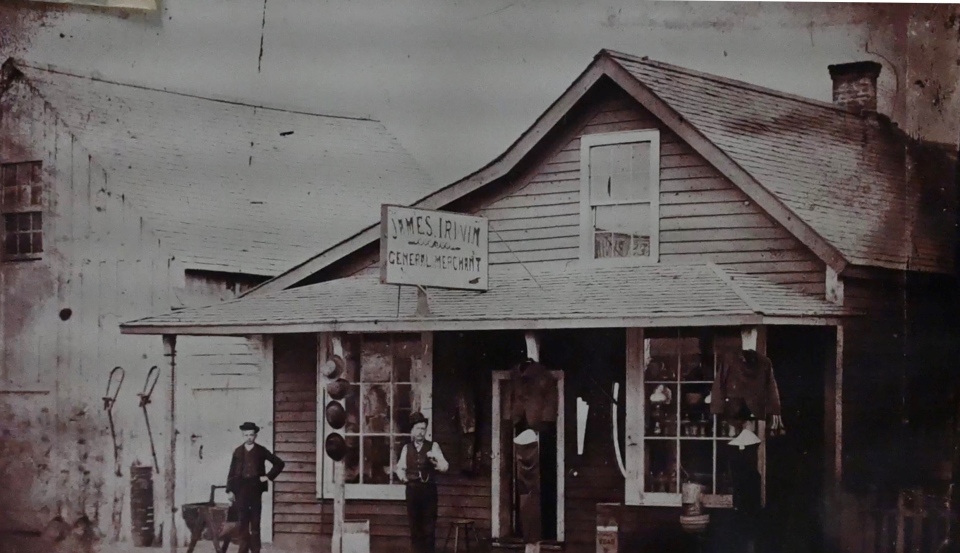 Irwin’s is the go-to place for anyone searching for hardware, tools, building supplies and more.  If they need something, chances are Irwin’s will have it.

"We pretty much gutted and renovated an 1860’s farmhouse and all the supplies for pretty much everything came from here," said customer Terrie Milotte.

"And most likely all the materials used to build the house originally came from here too, and all the updates over the years," said her partner, Ricky James-Bright.

"You could always get what you wanted.  And if it wasn’t here, Jim would order it for you, or find it for you.  The prices were hard to beat.  And they delivered.  It was so convenient."

"Everybody’s friendly and you feel like a person, not a number. It’s just a country store and a feeling you don’t get anywhere else, other than the country," said Bedard.

"To run a store like this, you have to be a bit of a plumber, a bit of an electrician, a bit of a roofer. You have to know about doors and windows, paints, chimneys, heating; the list goes on and on," said Irwin.

"If people have a problem and you can tell them what they need, they appreciate your service and you become friends.  You’ve helped them, and they appreciate it.  We’ve made so many great friends over the years." 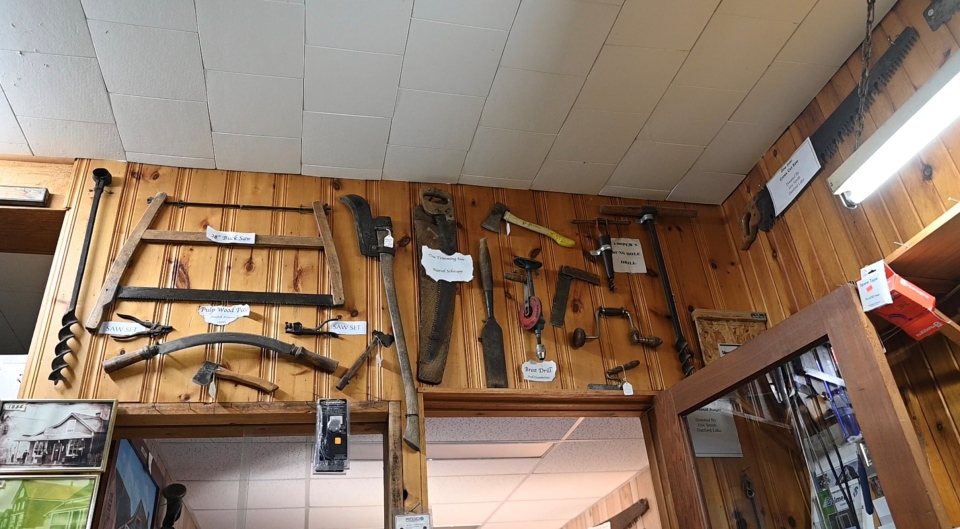 "We’ve been coming to Irwin’s since I was a little kid," said Tom Nesbitt.

"It’s going to be a big loss, for sure," said Ricky James-Bright.

"The store was one of the reasons we came out to the community in the first place," he said.

"It’s really woven into the tapestry of the Gatineau and the Irwin family have contributed so much.  Everyone’s going to shed a tear when they’re gone," said Mike Colle.

Jim Irwin admits to shedding a few tears himself, lately.

The reality of his decision to close the Kazabazua landmark is still sinking in.  Moving on won’t be easy.

However, Irwin is buoyed by the dozens of emails, notes and letters of support he’s received from his loyal, and loving, clientele.

"People wanted to thank me for being here when they needed our store.  I know generations of families. We’ve helped them, their children, and now their grandchildren build houses and cottages," he said. 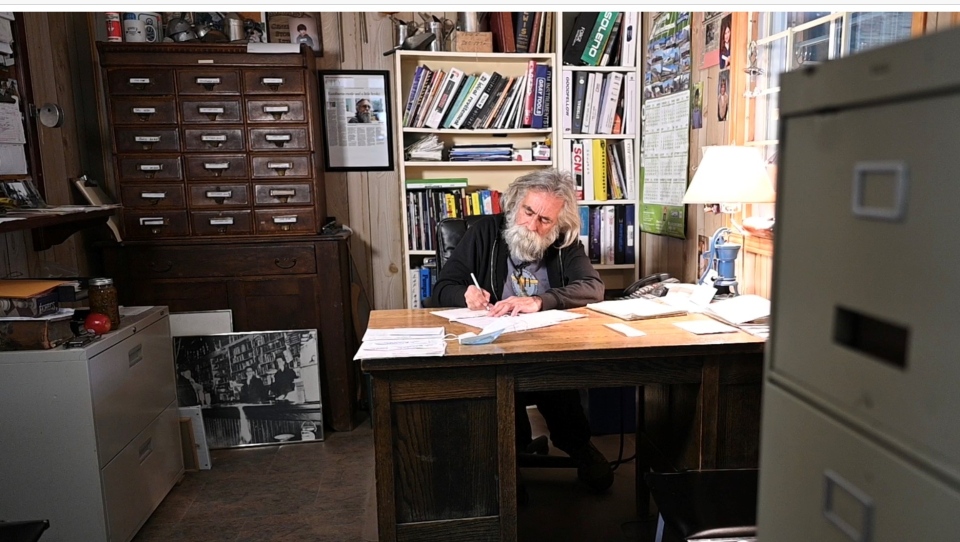 Jim’s excited to enjoy some family moments, too.

"I’ll have time to spend with my grandchildren and my wife, who never sees me," he laughs.

"I think I’m healthy.  After we get over COVID, we’ll get on with some traveling, The world’s a big place. Lots of things to see and do, so that’s in the future."

Irwin also has some projects planned; the restoration of two riverboats, used to haul timber during the log drives.  He’s also passionate about vintage cars; he has several in his collection awaiting his attention.

"We’re going to wrap things up on Thanksgiving weekend.  We didn’t do that on purpose but it’s an appropriate time," said Irwin.

"I want to thank my customers for their patronage, my staff for their hard work.  And I give thanks for the business that we’ve had over the years.  I’m very proud of what we’ve done here."