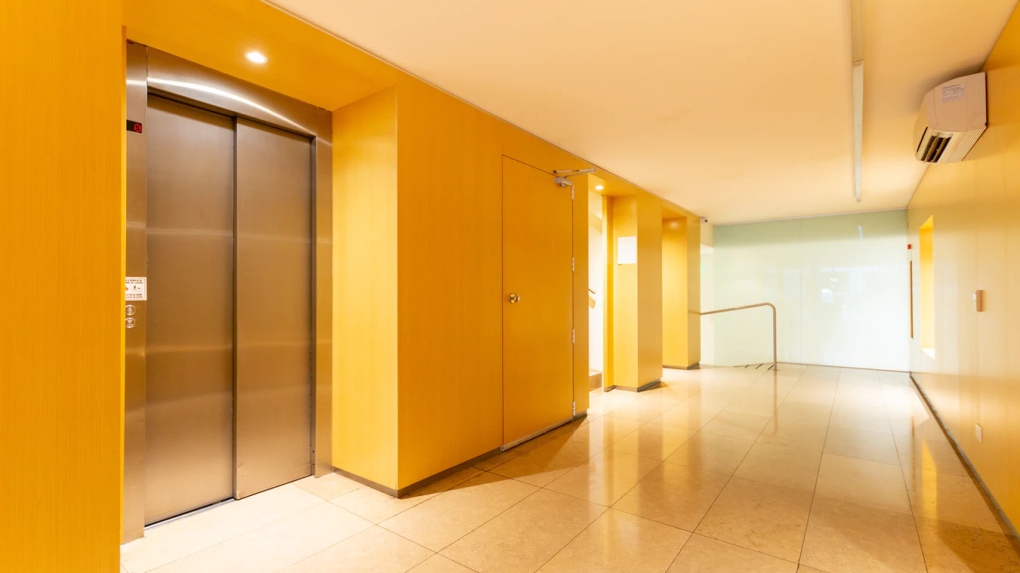 An elevator is seen in an apartment building in this file photo. (Unsplash)

An Ottawa city councillor is hoping to throw the city’s support behind a New Democrat MPP’s private member’s bill, calling for highrises to have emergency power for elevators, lights and water.

Ottawa West—Nepean MPP Chandra Pasma introduced the bill on Wednesday at Queen’s Park. If passed, it would amend the Residential Tenancies Act and the Condominium Act to require landlords to have an emergency generator or generators capable of powering at least one elevator, hallway lights and water supply throughout their buildings for two weeks, in the event of an extended power outage.

It comes on the heels of the devastating derecho storm in May, during which residents of Ottawa lost power for days. Some highrise buildings in the city that lost power could not run their elevators.

This meant that some residents, like Lynn Ashdown, who uses a wheelchair, were trapped in their apartments several floors up. Ashdown’s story was featured on CTV News Ottawa after the storm and her story inspired Pasma’s bill.

“Nobody should be forced into the horrific situation of being trapped in their home for days without access to water, food, or medical care,” Pasma said on social media on Thursday. “For people with mobility issues who live in apartments and condos, access to an elevator is essential.”

Nobody should be forced into the horrific situation of being trapped in their home for days without access to water, food, or medical care.

For people with mobility issues who live in apartments and condos, access to an elevator is essential.

Ottawa city council discussed the idea of requiring generators in buildings after the storm, but city staff said they needed guidance from the province.

“If a building is built in the 1960s, it’s under one set of rules; if it’s built in the 2000s it has another set of rules. In all likelihood, we’re going to find that we need to go to the province to get some sort of harmonization of the rules,” said Stephen Willis, General Manager of Planning, Real Estate and Development for the City of Ottawa.

Now, with Pasma’s bill tabled in the provincial legislature, Knoxdale-Merivale Coun. Sean Devine says he wants to see the city support it.

“I'll be partnering with colleagues at Council to advance a motion to support Ottawa West-Nepean MPP Chandra Pasma’s Protecting Human Rights in an Emergency Act,” Devine wrote on Twitter Saturday.

I'll be partnering with colleagues at #OttCity Council to advance a motion to support Ottawa West-Nepean MPP @ChandraPasma's Protecting Human Rights in an Emergency Act. Last night's power outage in #Ward9 was a perfect example of why we need to push for this kind of change. 1/ https://t.co/yVWRWC91ND

“During the derecho in May 2022, many residents in parts of Ward 9 were among the most seriously impacted by the storm's related power outages. Residents living in high-rises in the Parkwood Hills area experienced unique and dangerous hardships,” he wrote.

Speaking on Newstalk 580 CFRA’s Ottawa Now with Kristy Cameron on Thursday, Ashdown says she’s still dealing with the trauma of her experience in May.

“Every time the lights flicker in my apartment now, I have this visceral reaction that it’s going to happen again,” she said. “Until this bill comes to fruition, I don’t ask myself if I will get stuck again because I know that I will. I ask how long will I be stuck there, how quickly will this become life-threatening for me, and when will those elected to protect Ontarians step up and do the right thing?”

Ashdown says she shared her story to ensure what she went through in May doesn’t happen to anyone else.

“Before my lived experience, I had no idea that this was an issue,” she said. “I think most people don’t know that it’s an issue and the reality is that this impacts everybody in Ontario. It’s not just people with disabilities. We have an aging population. Some people could be temporarily impaired. My friend has three little children; I asked how she would manage going up and down flights stairs with strollers and everything, and she said it would be virtually impossible.”

Devine says he will be urging his council colleagues to support an upcoming motion asking the City of Ottawa to endorse Pasma’s bill and work with local landlords and other interested groups to take action.

“The cost will be minimal in contrast to the potential cost of inaction,” he wrote.