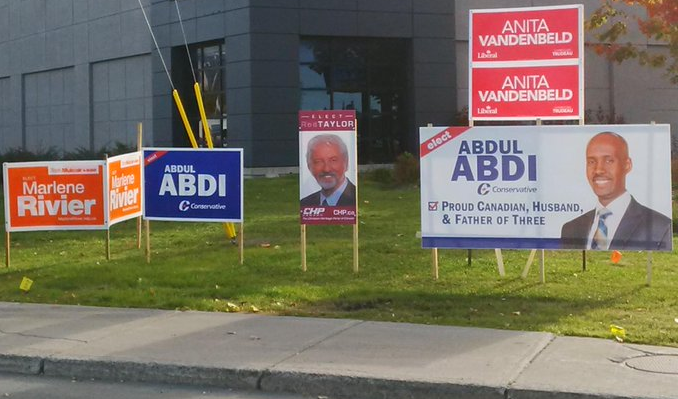 The writ has yet to drop, but eager voters are now able to show their support for a federal candidate in Ottawa.

Under the City’s temporary signs by-law, election signs are allowed on private property starting 60 days before an election, and must be removed within 48 hours of the vote.

Signs are still not allowed on public property yet. Those won’t be allowed until Sept. 1.

According to the City, signs on public property cannot be placed along highways or in a median, and must be at least 50 centimetres from a sidewalk.