Elderly woman dies after being hit by garbage truck 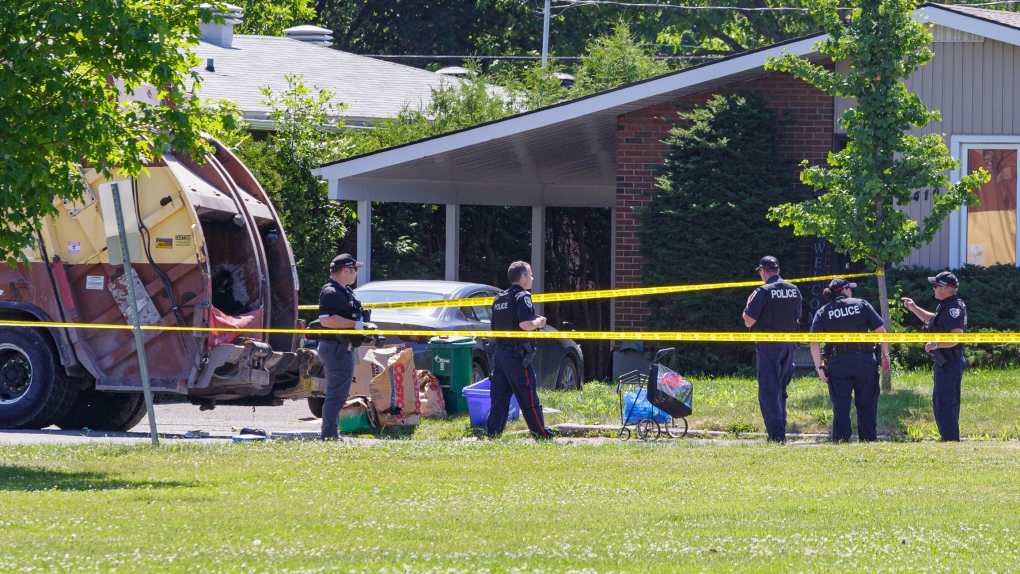 Ottawa police respond to a scene in the area of Joliffe Street and Tupper Avenue, where an elderly woman was hit by a garbage truck. July 4, 2022. (Photo courtesy of Gilles Laframboise)

An elderly woman has died after being hit by a garbage truck Monday morning.

The crash happened in the area of Joliffe Street and Tupper Avenue at around 9:20 a.m.

Ottawa paramedics said Monday that the woman in her 70s was treated on scene for life-threatening injuries before being taken to hospital in critical condition.

In a memo to city counil released Tuesday, General Manager of Public Works Alain Gonthier said the woman had died.

"The Public Works Department and our contractor, Miller Waste Systems, are saddened by this tragic incident and extend our deepest condolences to this individual’s family and friends," Gonthier wrote.

He said the city is supporting the police investigation and is working with the contractor to provide support for the garbage truck driver.

The Ottawa police collisions unit is investigating the incident.

Police say they would like to speak with anyone who witnessed the collision or may have dashcam footage of this incident and have not yet spoken to police.

Anyone with information is asked to contact the Ottawa Police Service Collision Investigation Unit at 613-236-1222, extension 2481.