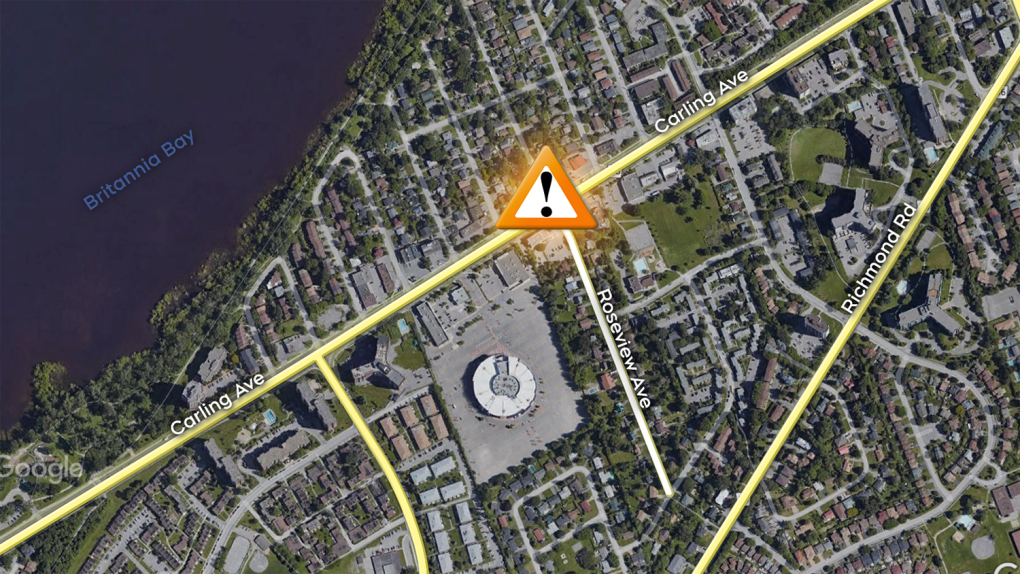 An elderly pedestrian was struck by a driver in Britannia area on Wednesday, Oct. 5, 2022.

Ottawa paramedics say an elderly woman was taken to hospital in serious but stable condition after being hit by a vehicle Wednesday morning.

First responders were called to the area of Carling and Roseview avenues at around 8:45 a.m. after a driver struck a pedestrian.

Paramedics said the woman’s injuries are serious but are not considered life-threatening.

Ottawa police said a stretch of Carling Avenue was closed for the investigation, but it has since reopened.

Food prices in Canada will continue to escalate in the new year, with grocery costs forecast to rise up to seven per cent in 2023, new research predicts.

Bob McGrath, an actor, musician and children's author widely known for his portrayal of one of the first regular characters on the children's show 'Sesame Street' has died at the age of 90.

Former U.S. President Donald Trump faced rebuke Sunday from officials in both parties after calling for the “termination” of parts of the U.S. Constitution over his lie that the 2020 election was stolen.