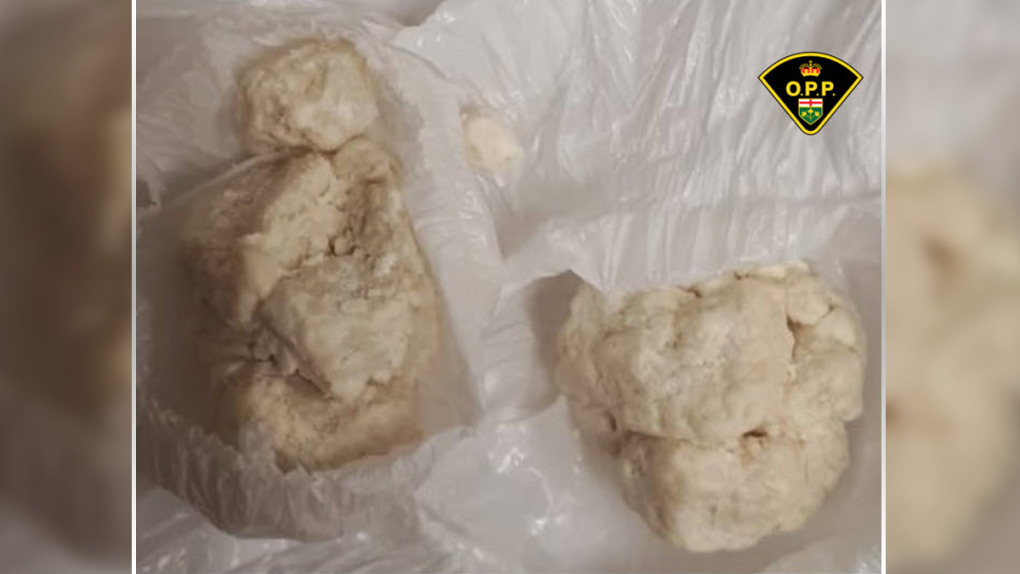 An image from the OPP showing drugs seized at a home in Pembroke on Oct. 9, 2020. (Photo submitted by Ontario Provincial Police)

Seven people are facing three counts each of possession of drugs for the purpose of trafficking:

Some of the accused are also charged with failing to comply with release or probation orders.

LaPierre and Lanthier were held for a bail hearing. The others were released and are due in court in November.

Also on Oct. 9, OPP officers searched a home on Cecil Street in Pembroke and seized a quantity of drugs--suspected to be methamphetamines and fentanyl--cell phones, drug paraphernalia, stolen property and a pellet rifle. Police also seized a motor vehicle.

Timothy Nicholas Turcotte, age 40 of Pembroke is facing two counts of possession of drugs for the purpose of trafficking and two counts of failing to comply with a release order.

Turcotte was held for a bail hearing, scheduled for Oct. 13.