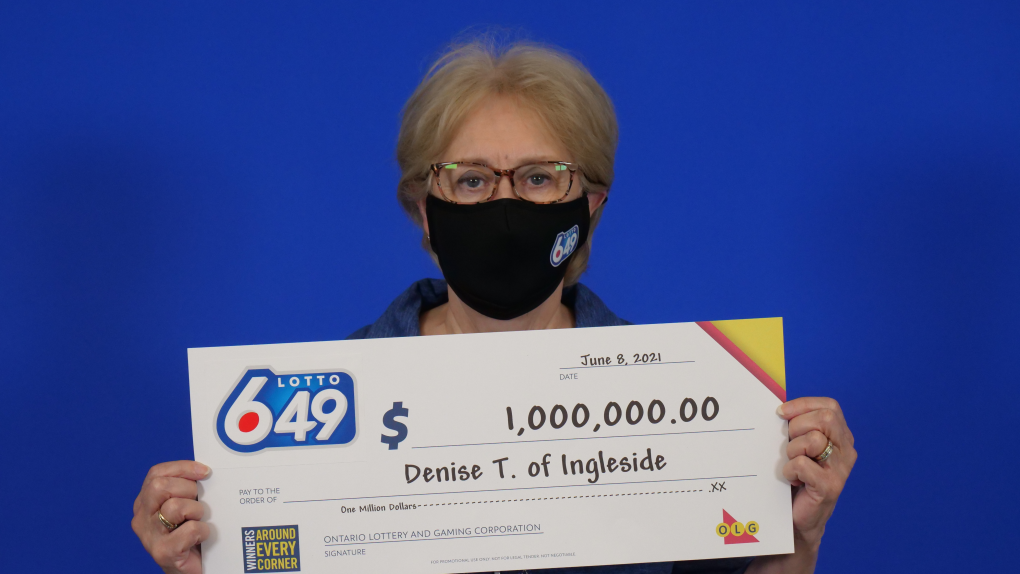 Denise Toman of Ingleside won the guaranteed $1 million prize in the Lotto 6/49 draw on May 26. (Photo courtesy: OLG)

OTTAWA -- A 75-year-old eastern Ontario retiree is planning to purchase property and share with her family after winning $1 million.

Denise Toman of Ingleside won the guaranteed $1 million prize in the May 26 Lotto 6/49 draw.

“The morning after I checked my ticket using the OLG Lottery App and when it made the winning sound, I thought I won a Free Play," said Toman.

"I couldn’t believe it when I saw what I won. I checked it again on the computer."

The winning ticket was purchased at Petro Canada on Vincent Massey in Cornwall.

It was one of three big lottery wins for residents in eastern Ontario.

Douglas Bye of Dacre won $100,000 by matching the last six of seven Encore numbers in exact order in the April 8 Daily Keno draw.

Douglas also won $2 on another one of his Encore selections.