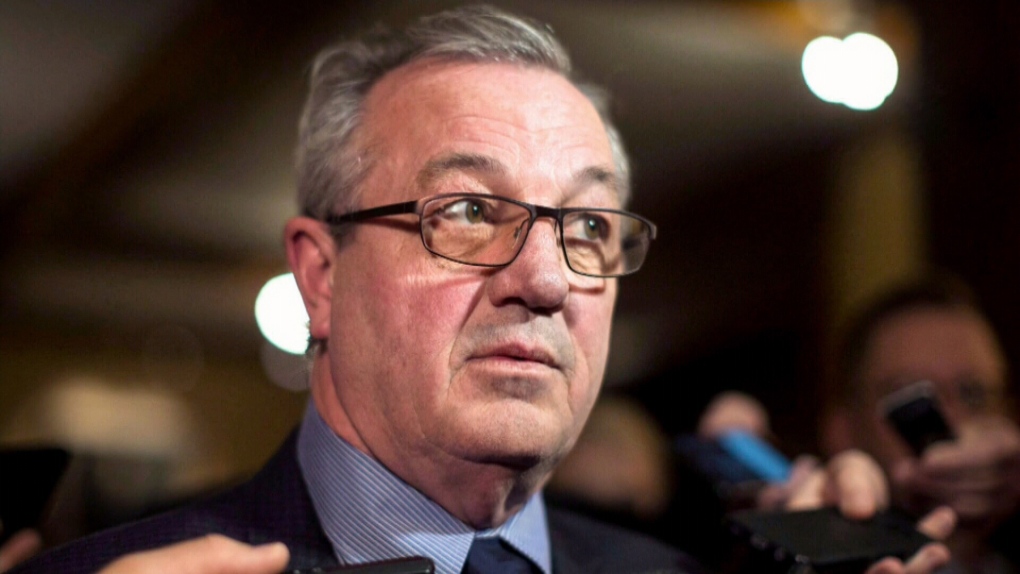 PERTH, ONT. -- An eastern Ontario MPP, and a vocal critic of COVID-19 measures such as mandatory masks and lockdowns, has written to the head of the Ontario Provincial Police condemning the alleged use of a Taser on his son during a dispute over mask-wearing at a Perth, Ont. business.

Randy Hillier, the Independent MPP for Lanark—Frontenac—Kingston said his two sons were involved in the dispute when one OPP officer shot one of them with a Taser.

Hillier wrote that his two sons were drinking with another individual whom Hillier claimed was physically escorted out by police for failure to wear a face mask. He says his two sons attempted to diffuse the situation and then claimed an officer pushed his eldest son, Dillon, to the ground and shot his other son, Clayton, with a Taser after he attempted to step in between the his brother and the officer.

OPP confirmed that one of their officers responded to a dispute over masks and used a conducted energy weapon (CEW), otherwise known as a Taser, on Friday night.

Officers were called to a business on Foster Street in Perth at around 10:30 p.m. Friday. The business owner had asked police to remove several people following a dispute that began over an argument about wearing masks, the OPP said in a press release on Saturday.

The OPP said one individual left voluntarily and at least two others were escorted out. Once outside, police allege the individuals became "assaultive" with officers and refused to leave the area. A Taser was used at one point on one person and two people were arrested.

In an email to CTV News, OPP spokesperson Bill Dickson said no officers were injured.

The two men were charged with public intoxication under the Liquor Licence Act and released from custody Saturday morning, the police media release said.

Dickson said he was aware of posts on social media regarding the incident but said the OPP does not release the names of individuals charged under the Provincial Offenses Act, and thus would not confirm whether Clayton or Dillon Hillier were charged.

Hillier's letter said he believed the police had gone too far.

"I believe it is generally accepted practice that the use of tasers be limited to situations where there is an imminent threat and the only remaining alternative would be the use of force. Evidence suggests that was not the case in this incident," Hillier said.

He called on Carrique to review the OPP's enforcement policies around COVID-19 restrictions and to review the Dec. 4 incident in Perth.

Hillier has been a vocal critic of the Ford government's policies regarding COVID-19, and has led rallies at Queen's Park and elsewhere against the mandatory use of face masks and other restrictions.