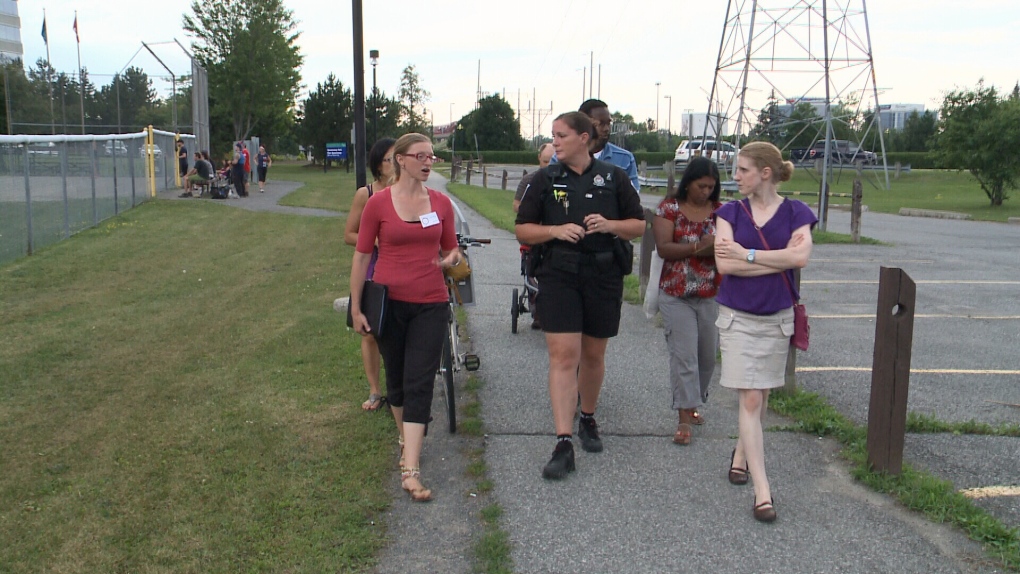 Residents and members of the Pineview Community Association conduct a safety audit of the pathway around the Blair St. transit station (Bryan McNab/CTV Ottawa, July 27, 2015)

The Pineview Community Association, along with the Women's Initiative for Safe Environments, conducted a safety audit of the pathway around the Blair Street transit station. The path runs from the station and Gloucester Centre, all the way to Innes Road.

Two years ago, a 15-year-old girl was allegedly robbed and sexually assaulted by four boys along the path at night. There haven't been any major incidents since then, but the group feels more needs to be done.

"We're looking at things like lighting in particular, signage, if we can install call boxes," says association president Heather Scott. "Anything we can do to make residents feel a little more safe."

"People think they're wasting our time by calling us because they think it's just minor," Cooper says. "Just something small as putting a light somewhere will deter that unwanted behaviour or even cutting back shrubs or trees or anything like that will make a big difference."

The group will compile the results of the audit into a report and present it at a public forum in the fall. Any recommendations that come from that will be forwarded to city council.