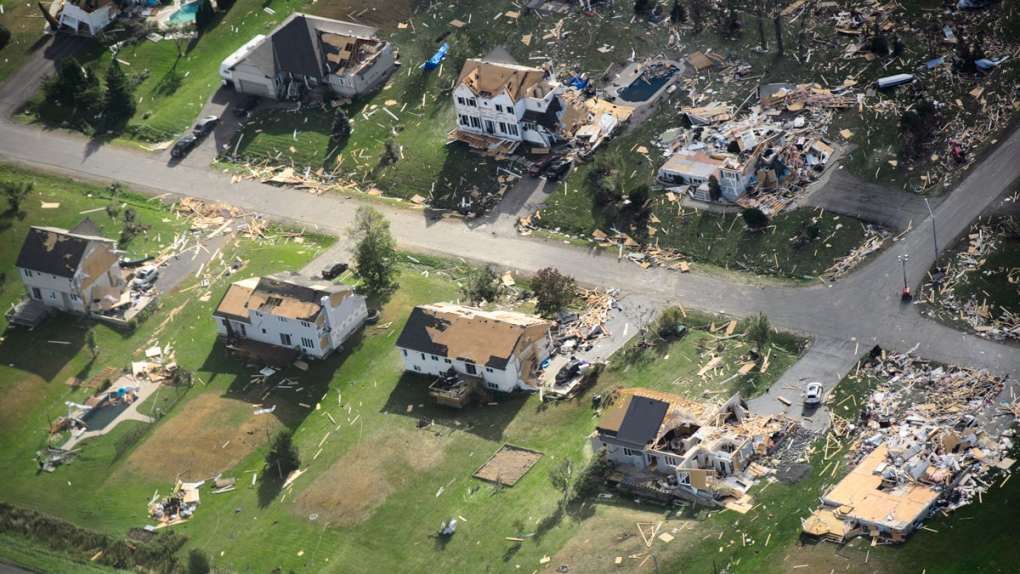 Damage from a tornado is seen in Dunrobin, Ont., west of Ottawa on Saturday, Sept. 22, 2018. The storm tore roofs off of homes, overturned cars and felled power lines in the Ottawa community of Dunrobin and in Gatineau, Que. THE CANADIAN PRESS/Sean Kilpatrick

Environment Canada says the tornado that touched down in Dunrobin on September 21 was historic.

According to their September weather review, Environment Canada says the EF3 twister is the most powerful tornado seen in eastern Ontario since 1902 when an F4 tornado struck Chesterville. An F3 tornado hit Rockland in 1903.

The weather agency says an exception could be made for a tornado that touched down in Masson-Angers in 1978 that briefly crossed into Ontario near Cumberland.

Furthermore, storms of this nature are rare in September or later and it’s been 120 years since an F3 or stronger tornado touched down anywhere in Canada this late in the year.

“The last time an EF3 or an F3 or higher tornado was recorded in Canada, in September or later, was the F3 in Niagara region (Merritton) that occurred on September 26, 1898,” Environment Canada says.

The Dunrobin tornado was one of six that touched down in our region on September 21. It destroyed or severely damaged more than 50 homes and took down thousands of trees. There were injuries but no fatalities reported as a result of this tornado.