'Drug use, urinating on walls': Homeless left outside after library changes lobby policy 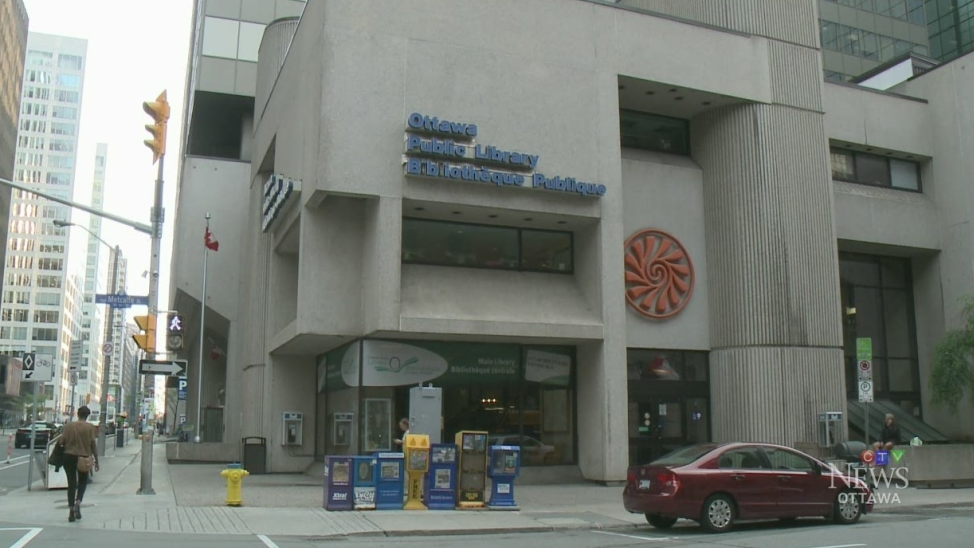 Senior management with the Ottawa Public Library say they had no choice but to lock the lobby doors of its main branch in the morning. The change comes after repeated acts of alleged vandalism.

OTTAWA -- Roughly 10 to 15 homeless people are losing a place they once used to stay warm.

Senior management with the Ottawa Public Library say they had no choice but to lock the lobby doors of its main branch in the morning. The change comes after repeated acts of alleged vandalism.

“Some drug use, some urinating on walls,“ said Catherine Seaman, Division Manager with the OPL.

Historically, the lobby of the downtown branch – located at the corner of Metcalfe St. and Laurier Ave. – opened at 6 a.m., about four hours earlier than the library itself.

However, after the space was misused, library staff decided to lock the foyer until 9:30 a.m., when staff enter the building.

“There were increased incidents happening in this area when there was actually nobody here to actually monitor any these incidents, [it] made us sort of review what are risks were,” said Seaman.

“Homelessness is a highly stigmatizing condition and those affected can feel overwhelming shame, helplessness and exhaustion,” said Aileen Leo, a spokeswoman for the Ottawa Mission, in an e-mailed statement.

“Homelessness in our community has gotten worse and given the urgency and magnitude of the problem, action is needed across federal, provincial and municipal governments to increase affordable housing.”

According to Seaman, the OPL sold the main branch building in 2018 and now operates its space as a tenant, with a responsibility for safety and maintenance.

Hiring a security guard could cost upwards of $90,000 a year and is not a part of the library’s mandate.

“Our responsibility is really to provide public library service when we have staff available,” said Seaman.