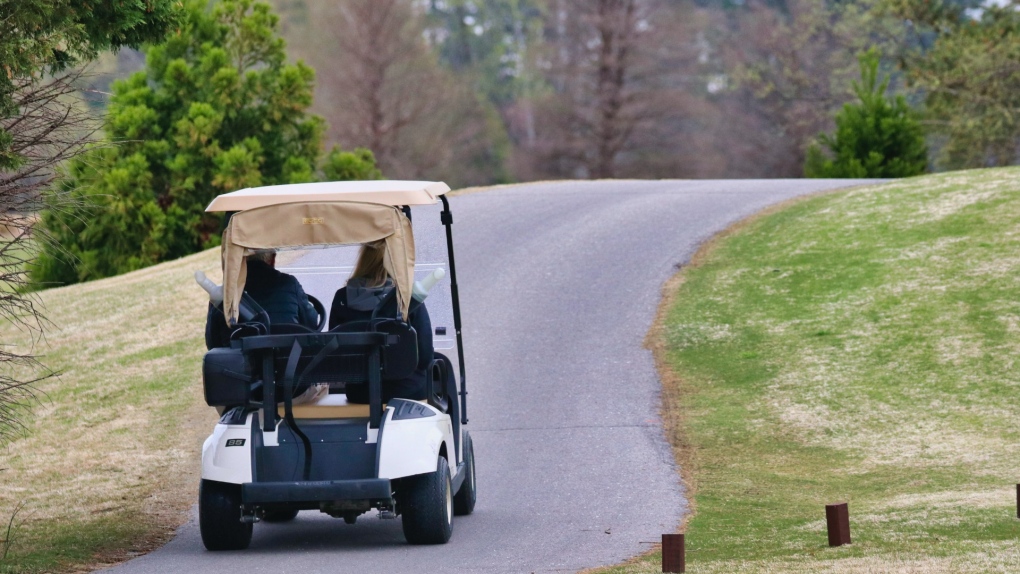 Two people are seen in a golf cart in this undated stock image. (Gene Gallin/Unsplash)

A Drummond-North Elmsley man has learned that impaired driving charges can be laid even if all you’re driving is a golf cart.

Ontario Provincial Police say officers were alerted to someone speeding erratically in a golf cart on Cockburn Street in Perth at around 9:30 p.m. Tuesday. OPP officers conducting a RIDE check nearby found the golf cart a short time later.

One of the two people in the cart got out and ran away and has yet to be found, but the second person was arrested.

The 52-year-old man was charged with two impaired driving charges and released with a court date in Perth in September.