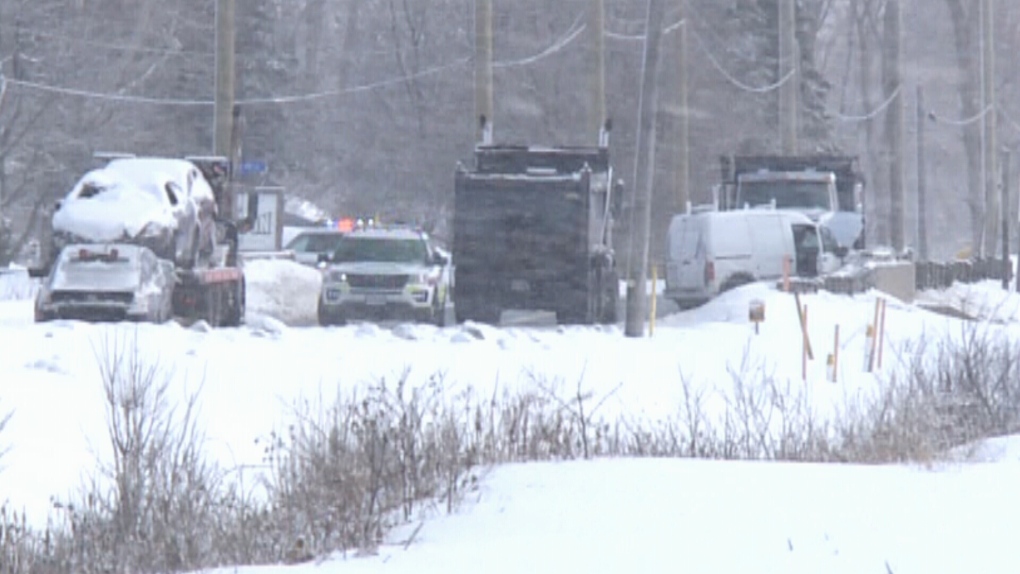 Ottawa Fire says firefighters freed one person from a vehicle after a crash on Ramsayville Road on Thursday. (Jim O'Grady/CTV News Ottawa)

Emergency crews responded to the crash involving a minivan and a dump truck on Mitch Owens Road, near Ramsayville Road, just before 8:45 a.m. Thursday.

Ottawa Fire Service says when firefighters arrived on scene, the occupants of the van were still trapped in the vehicle.

In a media release Thursday afternoon, police said the 35-year-old man driving the van succumbed to his injuries in hospital.

A passenger in the van, a man in his 20s, was transported to hospital by land ambulance with serious injuries.

The dump truck driver was not injured in the crash.

Traffic alert: Mitch Owens Rd is closed between John Quinn Rd and 8th Line Rd in both directions.
Ramsayville Rd is closed South of Rideau Rd, due to a collision. Duration unknown. Please avoid the area at this time. #otttraffic

The Ottawa Police Service Collision Investigation Unit is seeking witnesses and dash-cam video of the area at the time of the crash.