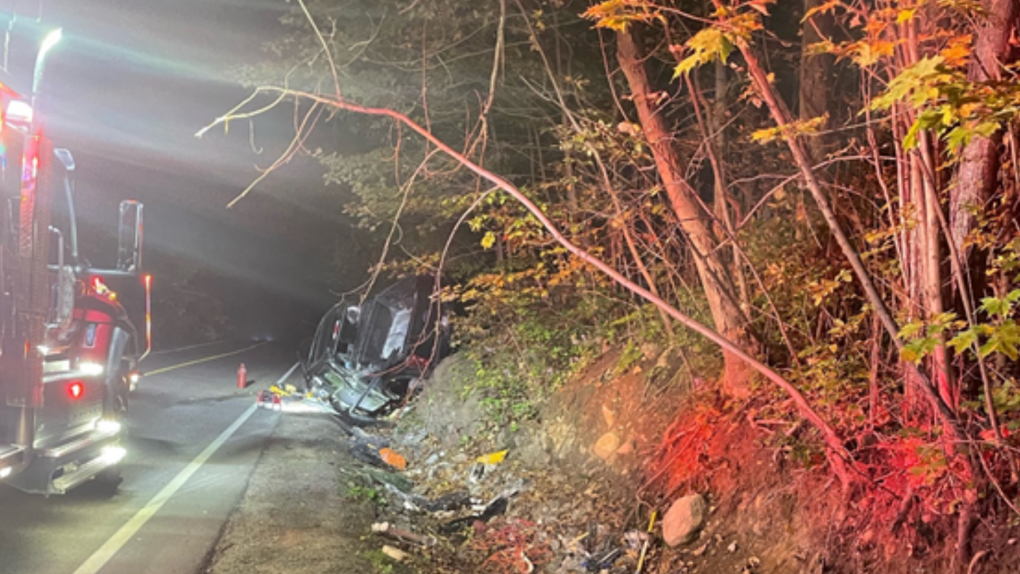 MRC des Collines de l'Outaouais police say a driver crossed the centre line, hit a guard rail and then a tree before coming to rest in this ditch north of Gatineau. Sept. 24, 2022. (handout)

Police in western Quebec say a 35-year-old man has been injured and may be facing criminal charges after an early morning crash north of Gatineau.

MRC des Collines de l’Outaouais police said a driver left his lane, hit a guard rail and then a tree, before coming to rest in a ditch in the Montée Paiement area around 1:42 a.m Saturday. His pickup truck was severely damaged and he was taken to hospital for serious but non-life threatening injuries.

Police said the man has been charged with driving while suspended, crossing the median, and could be facing an impaired driving charge, pending the results of a blood test. He is facing $700 in fines and was issued four demerit points.

No one else was injured in the crash.