Driver ejected from vehicle in crash south of Ottawa 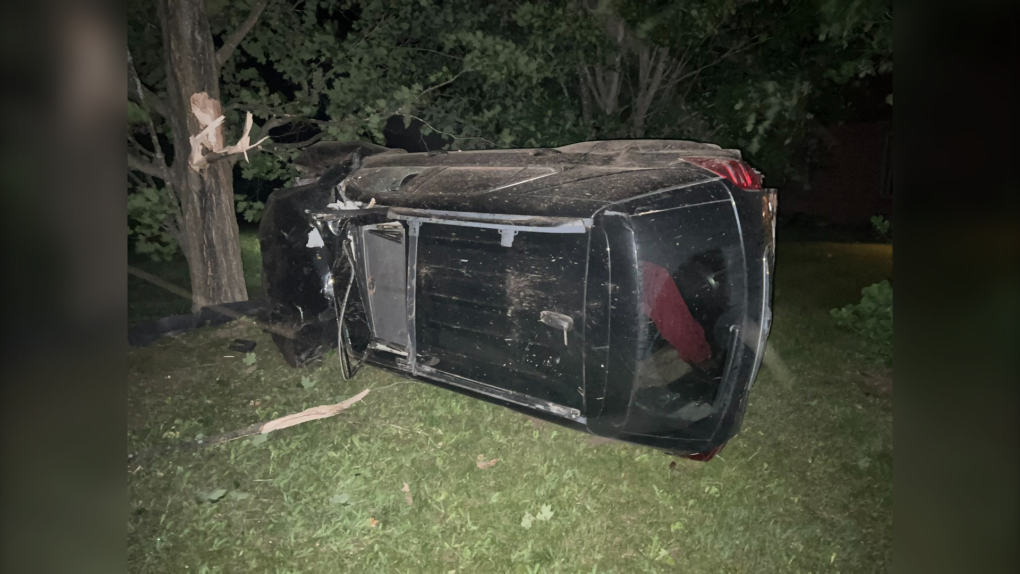 Ontario Provincial Police say a driver is "lucky to be alive" after they were ejected from the vehicle when it hit a ditch south of Ottawa.

"Vehicle hit a ditch and driver was located meters away," police said.

The driver was treated for minor injuries.

Police say the driver is facing a charge of impaired driving.

This driver is lucky to be alive! Other drivers contacted #GrenvilleOPP after seeing this car driving erratically on CR 20 in @North_Grenville. Vehicle hit a ditch and driver was located meters away. Driver suffered minor injuries and has been charged with Impaired Driving. ^ac pic.twitter.com/rb52hyB0tJ