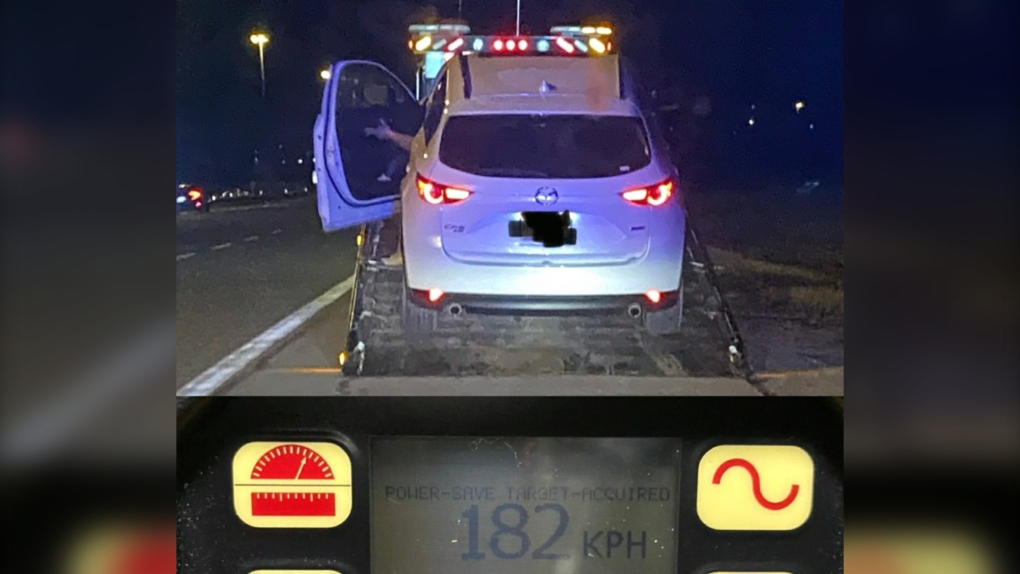 OTTAWA -- Ontario Provincial Police say a driver going to a party with two friends was spotted speeding 82 km/h over the speed limit in Ottawa's west end.

Police say one motorist was stopped going 182 kilometres an hour on Highway 417 at Moodie Drive.

"Three young women en route to a party," said the OPP on Twitter.

The driver was charged with stunt driving, which includes a seven-day licence suspension and the vehicle impounded for a week.

Under Ontario's stay-at-home order, the Ontario government says you should not travel outside your region or the province unless absolutely necessary. Social gatherings are limited to five people outdoors, while indoor gatherings are prohibited.

No details were available about the second stunt driving charge in Ottawa Friday night.