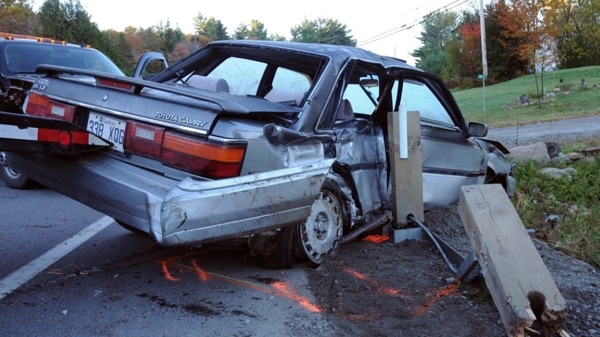 Robin Ghantous, 25, appeared in a Gatineau court Tuesday after being charged with impaired driving.

Police say Ghantous was behind the wheel of a 1990 Toyota Camry that crashed and killed his passenger early Monday morning.

Simon Bernier, also 25 years old, was the passenger and died of his injuries in hospital.

Police say both alcohol and speed played a role in the fatal collision.

It happened on Highway 307 about 20 kilometres north of Gatineau.