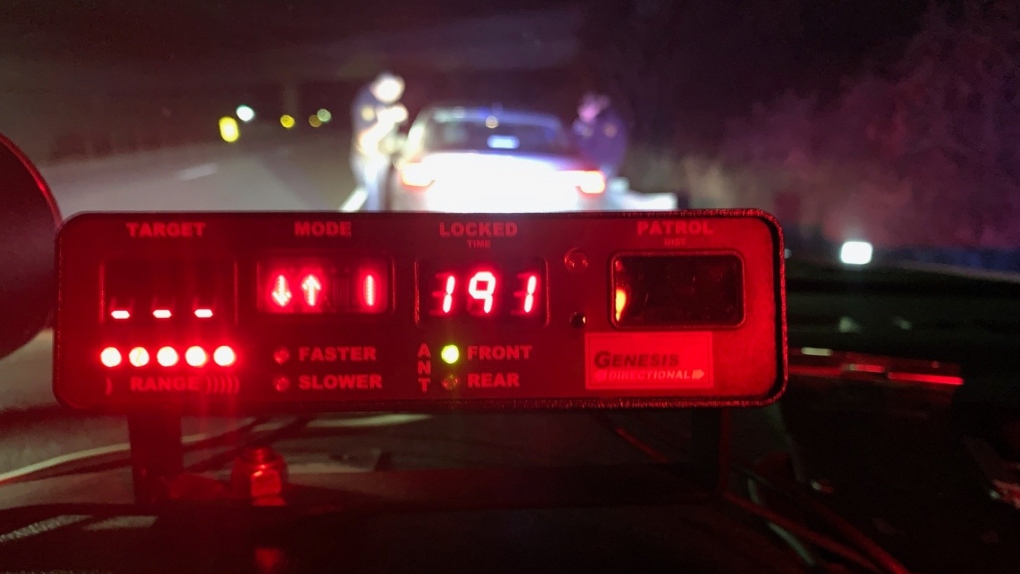 Ontario Provincial Police are urging drivers to keep extreme speeds at the racetrack after a driver was caught going nearly double the speed limit on Highway 416, south of Ottawa.

In an email, police said the driver, a 24-year-old man, was pulled over in the Edwardsburgh/Cardinal area just north of Highway 401 Saturday morning and issued a stunt driving charge.

The driver was also alleged to have blown an alert on a roadside breath test.