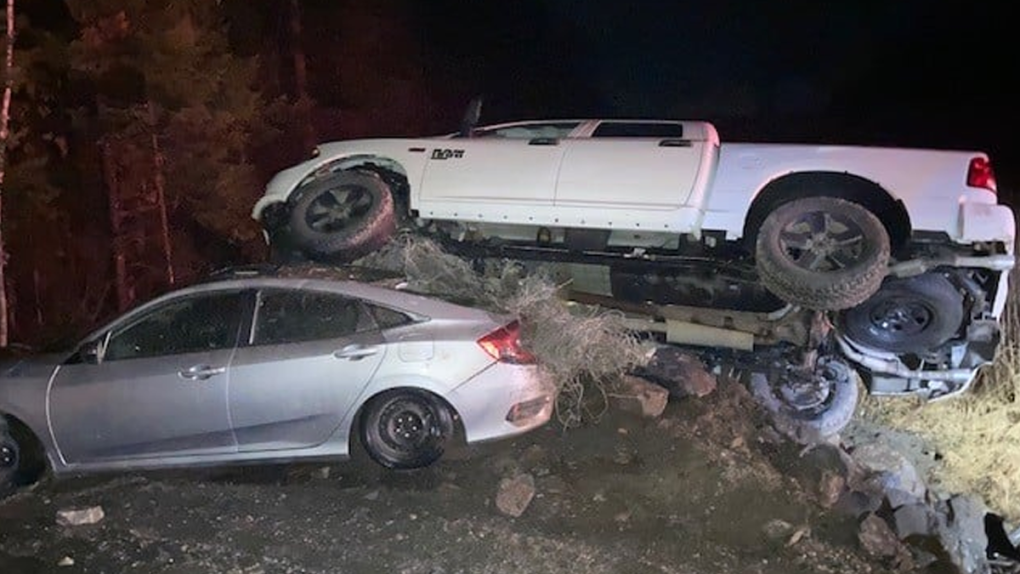 Police in western Quebec say the driver of the pick-up truck lost control of his vehicle on Montee St-Amour in Cantley and hit a parked car. (Photo courtesy: MRC des Collines-de-l'Outaouais)

A Gatineau man was arrested for impaired driving after police say he drove his pickup truck over a parked car along a road in western Quebec.

The MRC des Collines-de-l'Outaouais police responded to a call for a collision involving a pick-up truck on Montée St-Amour in Cantley just after 10:30 p.m. Wednesday.

Police say the driver lost control of his vehicle and hit a car parked on the side of the road, "even going over the car."

The driver was treated for minor injuries.

Police say the driver was arrested for driving while impaired by alcohol.

"The man was almost twice over the legal limit," the MRC des Collines-de-l'Outaouais police said.

There was no one in the parked vehicle.