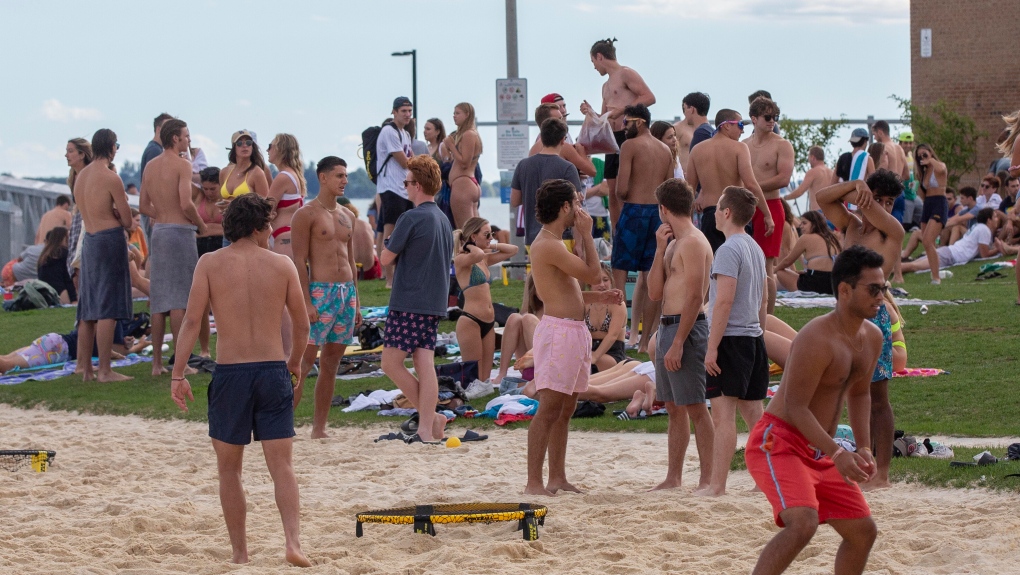 KINGSTON, ONT. -- Kingston police say they have responded to hundreds of noise complaints and issued close to 70 fines since late August, according to new figures.

There have been concerns in the area of returning students not maintaining physical distance or following COVID-19 protocols.

On September 5, the City of Kingston enacted an emergency order and closed Gord Downie Pier, as well as the beach at Breakwater Park, following images of young students partying at the beach in large numbers.

One of those concerned is Rayan Rahal, a fourth year student at Queen’s University.

He says he’s witnessed students not following COVID-19 protocols where he lives on University Avenue.

“People are basically acting like it’s a regular school year,” he explains. “Huge gatherings, people yelling in the streets, people yelling back and forth between different houses, normally I’d be a part of that, it’s not like I hate the partying, but, like, it’s just not the time for it.”

Rahal says his roommate could be immuno-compromised, and he has concerns for the community under the spread of COVID-19.

He also feels as though he has worked hard to follow the rules just to see others break them.

“I feel a little bitter that there’s people who are not only not making these sacrifices but taking even bigger risks, by doing all the partying,” he explains.

In a release, Const. Ash Gutheinz says police officers in the city have been working with Kingston, Frontenac, Lennox and Addington Public Health officials, and Queen’s University to address “high-risk nuisance behaviour in the community.”

Since August 28, police have responded to 307 noise complaints and issued 69 fines for things like noise violations, nuisance parties, and failure to comply with an emergency order.

Of those noise complaints, 255 of them originated in the University District.

In a statement, Kingston Police Chief Antje McNeely says that police officers have increased their presence in the district.

“Additional resources have been allocated for enhanced enforcement to deter high-risk behaviours, to help prevent the spread of COVID-19,” says McNeely. “We all need to do our part to keep our community safe.”

Queen’s University Vice-Chancellor Patrick Deane says they will continue to enforce the rules set by the city.

“We will be working closely with our community partners, KFL&A Public Health, the City of Kingston, and the Kingston Police to continue to deliver strong and consistent safety messages to students over the coming days and weeks.”