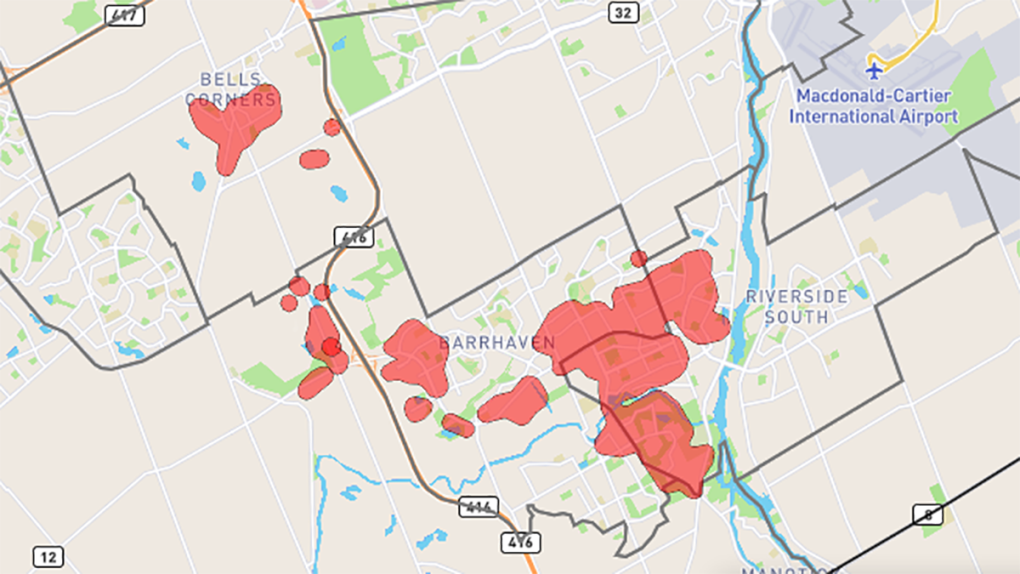 OTTAWA -- More than 8,300 Hydro Ottawa customers in Barrhaven and Bells Corners lost power Tuesday afternoon, after power lines outside the city went down, according to the utility company.

Hydro Ottawa says it appears some Hydro One lines went down earlier this afternoon, affecting circuits in Ottawa.

By 3:45 p.m., most customers in Barrhaven had their power returned, but about 900 customers in Bells Corners were still waiting to be switched back on.

By 4:35 p.m., there remained just 12 customers along Moodie Drive to reconnect.

The outage forced the temporary closure of the COVID-19 Testing & Care Centre on Moodie Drive. The Queensway Carleton Hospital, which runs the centre, says anyone who had booked an appointment at the testing centre on Moodie can go to another site in the city as walk-in patient.

Anyone scheduled to have an appointment at Moodie can go to the other COVID Centres as a walk-in patient & will be accepted.

We are very sorry for the inconvenience & are working to get power returned to the site. pic.twitter.com/kewJLirVsB

There are currently no major outages in Hydro One's service area in eastern Ontario, according to its outage map.

It's unclear if a separate outage along Ogilvie Road on the other side of the city, which began just after 4:30 p.m., is related to the issue that caused the outage in the west end.

Hydro Ottawa says the eastern outage is affecting just under 1,300 customers. The estimated time of restoration is 11 p.m. 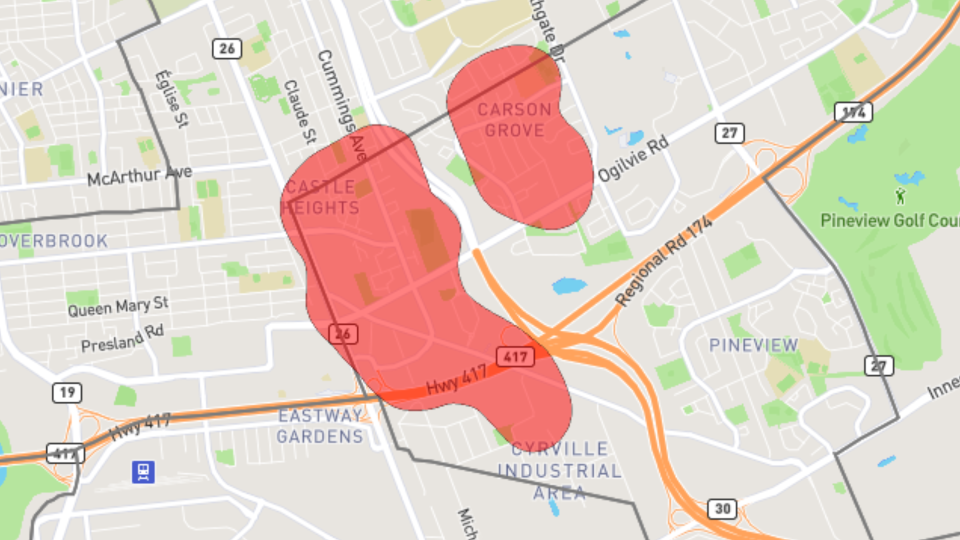