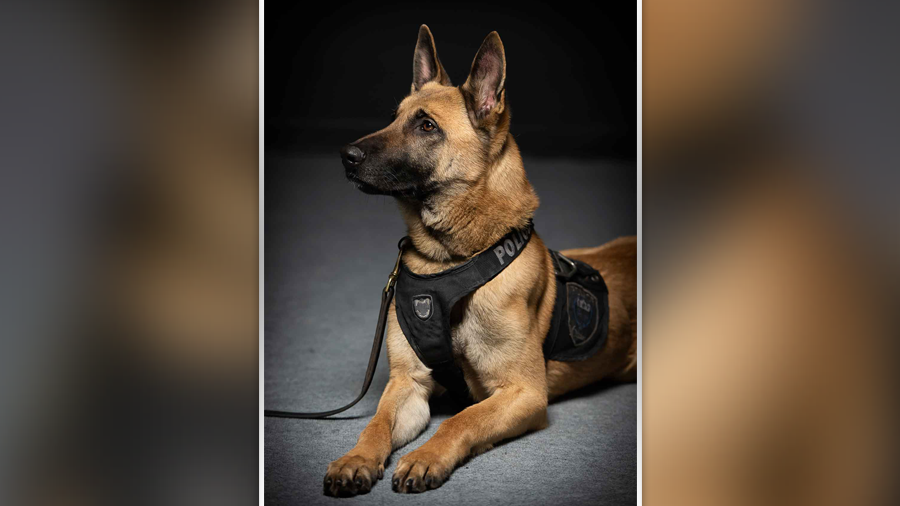 Officers tried to stop a car late Tuesday in the Bank Street, Hunt Club Road area, on reports the car had been stolen from Brockville, Police say. The suspects fled and police began a pursuit. Police lost the vehicle around Fisher and Baseline.

The K9 unit was called in when the unoccupied car was spotted on Merivale Road.

Yro and his partner tracked down the two men, and police made the arrests.

Andrew MacIntyre, 33 of Brockville, faces a charge of Breach of Probation.

Joey Lloyd Edgerton, 42 of Brockville, faces charges of Dangerous Operation of a motor vehicle, fleeing police, and Possession of property obtained by crime.

A woman who was with the suspects was released without charges.

The Ottawa Police Service has 12 dogs in its K9 unit, and ten human handlers.