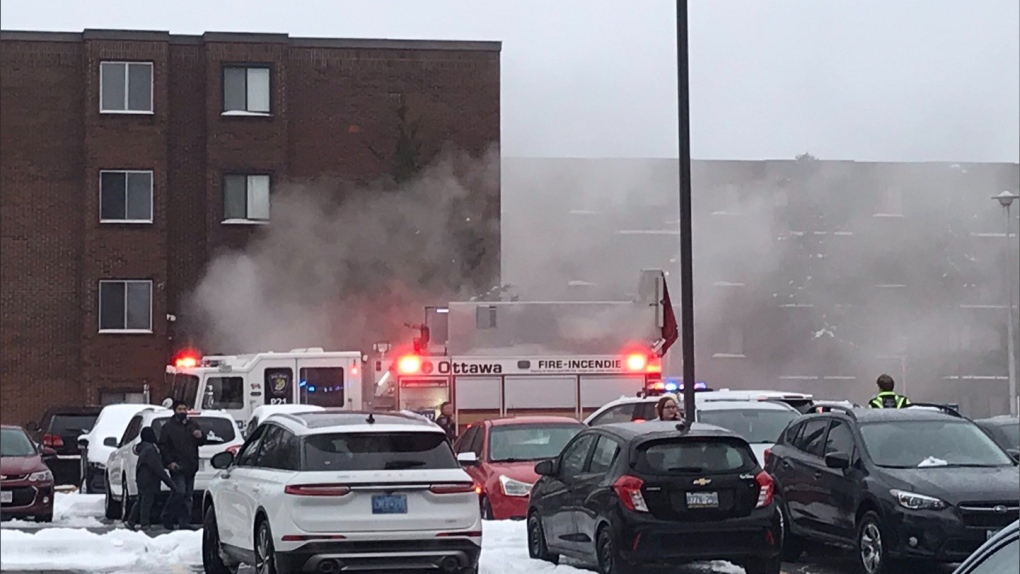 Ottawa Fire responded to a 911 call for a fire on Baseline Road on Thursday, Nov. 26, 2020. (Photo courtesy: Twitter/OttFire)

OTTAWA -- A dog died in a morning fire at an apartment building in Ottawa's west-end.

Ottawa Fire received a 911 call just after 10 a.m. reporting smoke coming from the bedroom of an apartment in a four-storey building at 1720 Baseline Road.

Ottawa Fire said the caller reported the second floor apartment was filled with smoke. The occupants of the unit had evacuated safely.

"Firefighters made their way to the unit and encountered heavy smoke in the apartment," said Ottawa Fire in a statement.

"Firefighters extinguished the fire and searched to ensure there were no occupants remaining in the unit."

Firefighters have extinguished a fire in a residential building at 1720 Baseline. The fire was contained to a single apartment on the 2nd floor. The fire is under control and there are no reported injuries. #OttNews #OttFire pic.twitter.com/QHbVwko35q

Investigators are searching for the cause of the fire.