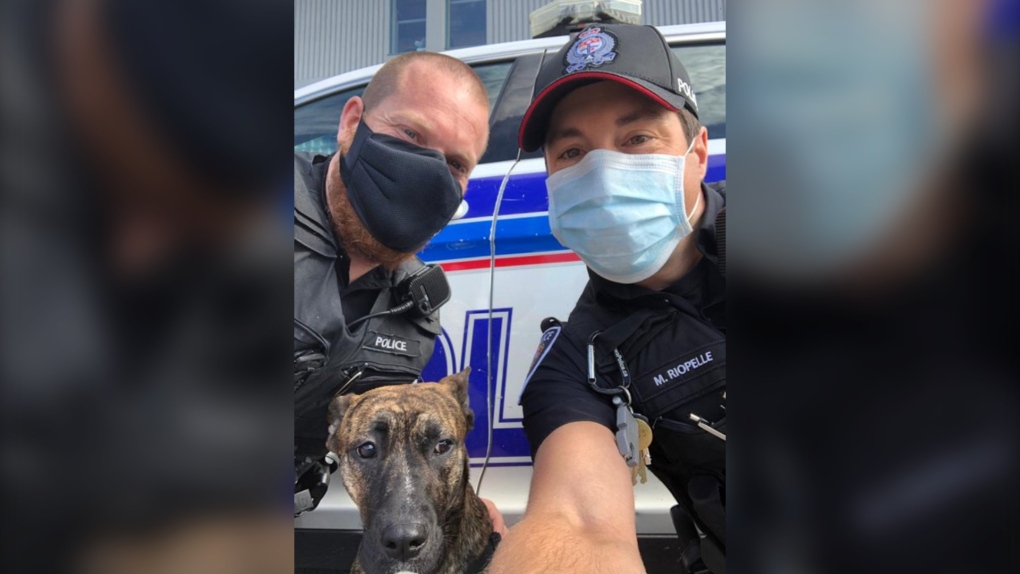 Ottawa Police say a dog who was allegedly abused has been removed from its owner and renamed, and is expected to make a full recovery. (Photo via Ottawa Police / Twitter)

OTTAWA -- Ottawa Police say a dog, who was allegedly abused by a man now facing animal abuse charges, has a new name and is expected to recover.

Police said in a press release Monday afternoon that Ottawa police officers and Ottawa Community Housing security were called about a man who was allegedly seen abusing a small dog in the area of Billings Bridge Plaza on Aug. 24.

Police said the man had run away before they arrived, but the incident was captured on video.

Ontario animal welfare investigators and OC Transpo special constables assisted in the investigation. Police said they were made aware of other videos purporting to show the same man abusing the same dog.

The videos were not made public by Ottawa Police.

The suspect was arrested Friday.

In a tweet on Tuesday, police said the dog, whose name was "Felony" has been taken away from its owner.

Many have been asking about the dog mentioned in the animal abuse file yesterday. We want to reassure you that Felony, now renamed Scout, was removed from his owner, is expected to recover, and as we understand, still has a very #boopable nose. @OttawaBylaw @ottawahumane pic.twitter.com/g1DZi7KzS4

Felony, now named "Scout" is expected to fully recover and still has a "very boopable nose", according to police.

Ottawa Police say Cameron Timms, 22, is facing two counts of causing unnecessary pain, suffering or injury to an animal, two counts of injuring an animal, and four counts of failing to comply with a judicial order of release. He was held for show cause and later released by a Justice of the Peace pending his court date.