HAWKESBURY, ON -- Maybe this has happened to you: the doorbell rings and, when you answer it, nobody’s there.

Call it "ding-dong ditch", or kids being kids, but now a grown-up is involved—a mother of three—and she’s turning pranksters into gift-givers.

It’s an age-old prank: run up to the door of an unsuspecting homeowner, ring the doorbell or knock on the door, and run away, leaving the person who answers scratching their head as to who it could have been. Likely mischievous kids, they'll say, but not today.

Victoria Lappe and her four-year-old daughter Mackenzee pull that same prank, the ding-dong ditch, with a twist. They walk up to the door; Victoria asks if Mackenzee is ready and then… they knock and Victoria picks up he daughter and runs away; however, they leave something behind. Gifts for strangers. 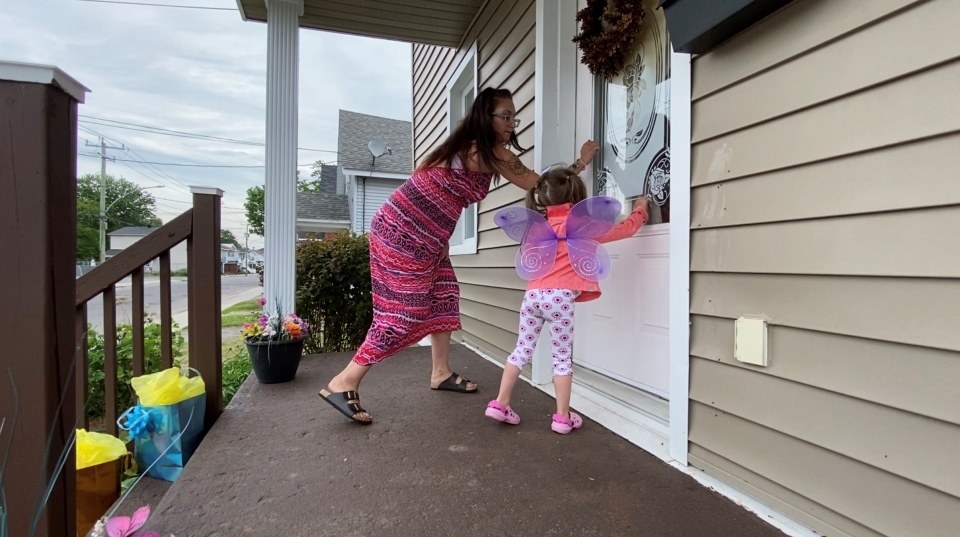 Carter, Brandon and Tyler Dumberry-Denis shoot out of their Hawkesbury, ON home and see the three bags. They waste no time tearing them open to see what’s inside. Victoria and Mackenzee watch from a far, not wanting to be seen.

What the Lappes and hundreds of other families have joined is a Facebook group. The "Cool Kids/Teens DingDong Ditch Group!" started by Isabelle Sprunt.

“With school out and the playgrounds being closed, they don’t have much to do,” Sprunt says. “I thought how nice would it be to open the door and get a whole basket of treats with their name on it.”

The mother of three thought it would be fun if she and a few friends got together to surprise their kids with a doorstep surprise. She asked her friends to pass it along and in days, hundreds had joined the group. 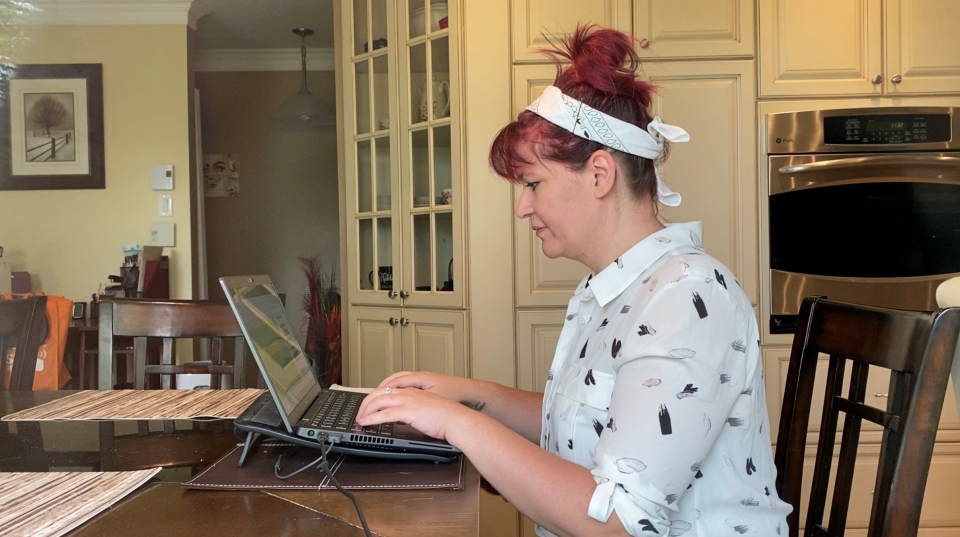 How it works is simple. Join the group and once, you are accepted, you can scroll through the posts and choose a family to give a gift to. The posts have descriptions of what their children like, to customize the presents specifically for them. Each child in the family needs to receive a gift. There is no set price, you are asked to give what you can, and to include a gently used toy to help recycle.

After you have made your choice and have your present ready to go, you’re asked to co-ordinate with the other family to make sure the kids will be home for the big surprise. Drop your gift, ring the bell and run. Some choose to remain completely anonymous; others hide behind cars and in bushes to video the kids' reactions, which are then posted online for the group to see. You are also asked to post information about your own family so someone can do the same for your kids.

For Victoria and Mackenzee, this was their fourth ding-dong ditch. The three boys loved the presents, too busy to talk, but their mother Samy-Jo Dumberry loves the idea, she has made a gift-ditch herself, and is also planning another.

“It’s like Christmas for the kids,” Dumberry says. “It also teaches them how to be kind and to do it for others they like to give them too.”

A few blocks down the road, Valerie St-Onge is on her maiden run. She says she has goosebumps and butterflies in her stomach. She places her gift with plenty of arts and crafts supplies, twelve-year-old Jessiekym’s favourites, and rings the bell.

Jessiekym opens the door to an empty stoop and sees the gift, she looks up and yells “merci!” For her mother, Sophie Brière, she’s excited that her daughter was picked, as it’s been a hard few months. Jessiekym recently lost her grandfather. The gift put a smile on her daughter's face. Sophie says it’s a blessing. For Valerie, it's a touching moment. She’s already planning her next ditch.

The Cool Kids/Teens DingDong Ditch group has become a full-time job for Sprunt, on top of her other full-time job of executive assistant to the Hawkesbury fire chief. She praises her husband and kids, saying they're amazing and that they have pitched-in in every way they can, from shopping for gifts to ditching them across the city.

Putting smiles on faces, strengthening a community, and for little Mackenzee—who decided to stick around after this round of gifting to meet the three boys—making some new friends.