Diane Deans not running for mayor of Ottawa

Diane Deans not running for mayor of Ottawa 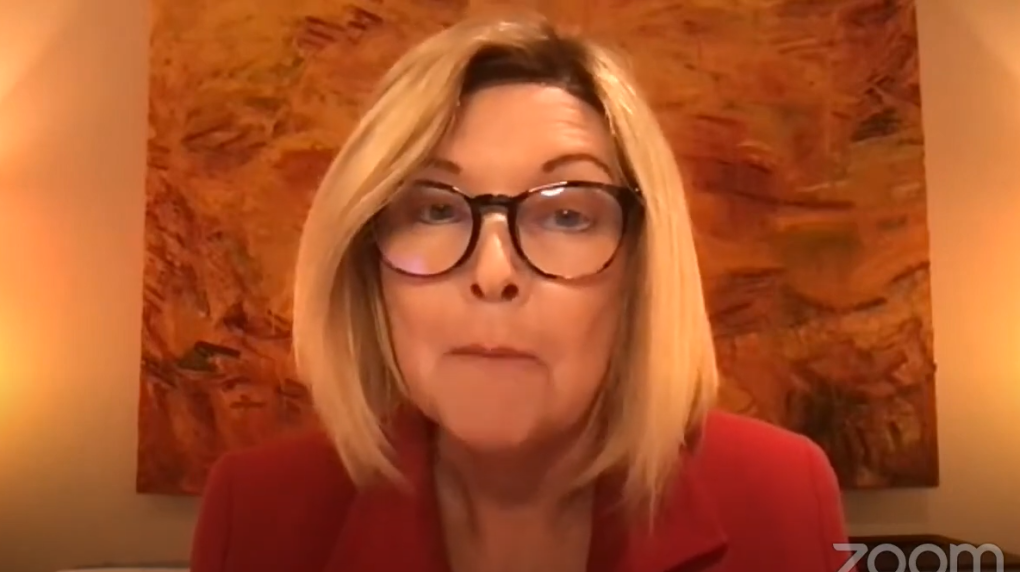 Diane Deans will not be running for mayor of Ottawa in this fall's municipal election, saying she doesn't feel she can commit to running for more than one term as head of the city.

Instead, the long-time councillor has announced she will be saying goodbye to Ottawa City Hall, and will not seek re-election in Gloucester-Southgate.

"For both personal and professional reasons, I have decided that I will not be on the ballot in the mayoralty race this fall," Deans said in a statement.

Deans announced in December she would be running for mayor, hours after Mayor Jim Watson announced he would not be seeking re-election. But Deans says "there are several reasons" she cannot run for mayor, including her concern for the future of the city.

"This city is at a crossroads," Deans said.

"Our problems are deep and solutions elusive. These past several years have been difficult for Council. We have a transit system plagued with problems, declining infrastructure, ballooning debt, a lack of affordable housing, and a divided Council that has exacerbated these issues. There are no quick fixes.

"After careful consideration, I have concluded that the next Mayor will need to make an eight-year (two term) commitment to the job. Four years will not be sufficient to get this City on a better path. Regrettably, I do not feel that I can make a commitment of that length to the people of Ottawa."

Deans was first elected to Ottawa city council in 1994. Deans was re-elected for her eighth term on council in 2018 with 56 per cent of the vote.

"I am deeply grateful to have had the honour of serving this City and its Citizens. I will forever be indebted for the trust the people of Ottawa placed in me."

In February, council voted to remove her as chair of the Ottawa Police Services Board during the "Freedom Convoy" protest. The move came one day after former Chief Peter Sloly resigned.

Coun. Theresa Kavanagh thanked Deans for her "courage and dedication" to Ottawa.

"You’ve been a mentor to me as a newly elected woman & I appreciate your efforts on bringing gender equity to the forefront at city hall," Kavanagh said on Twitter.

There are currently eight candidates on the ballot for mayor of Ottawa, including Coun. Catherine McKenney and former mayor Bob Chiarelli.

'The time is now': Doctors ask Canadians how to reform primary care

A family doctor and other researchers are asking Canadians to share their experiences with the country's primary health-care system and what they want from it, as a way to help guide future reform.

Ontario education workers vote 96.5 per cent in favour of strike

Ontario education workers such as custodians, early childhood educators and school administration staff have voted 96.5 per cent in favour of a strike, the Canadian Union of Public Employees announced Monday.

The big day is here: Quebecers head to the polls

Quebecers are casting their votes Monday after a five-week election campaign.

Ukrainian troops pushed forward Monday with their offensive that has embarrassed Moscow, with Kyiv officials and foreign observers hinting at new gains in the strategic southern region of Kherson that the Kremlin wants to annex.

Sacheen Littlefeather, who declined Oscar on Brando's behalf, dies at 75

Native American actress and activist Sacheen Littlefeather, who declined the best actor award on behalf of Marlon Brando during an Oscars protest in 1973, has died aged 75, the motion picture Academy said on Monday.

More than 20,000 Nova Scotians still in the dark 10 days after Fiona, most schools reopen

Hurricane Orlene made landfall on Mexico's Pacific coast near the tourist town of Mazatlan on Monday. Orlene lost some strength after roaring over the Islas Maria, a former prison colony being developed as a tourist draw.

The federal government has begun its search for an organization to administer an endowment fund aimed at bolstering the economic and social well-being of Black Canadians.