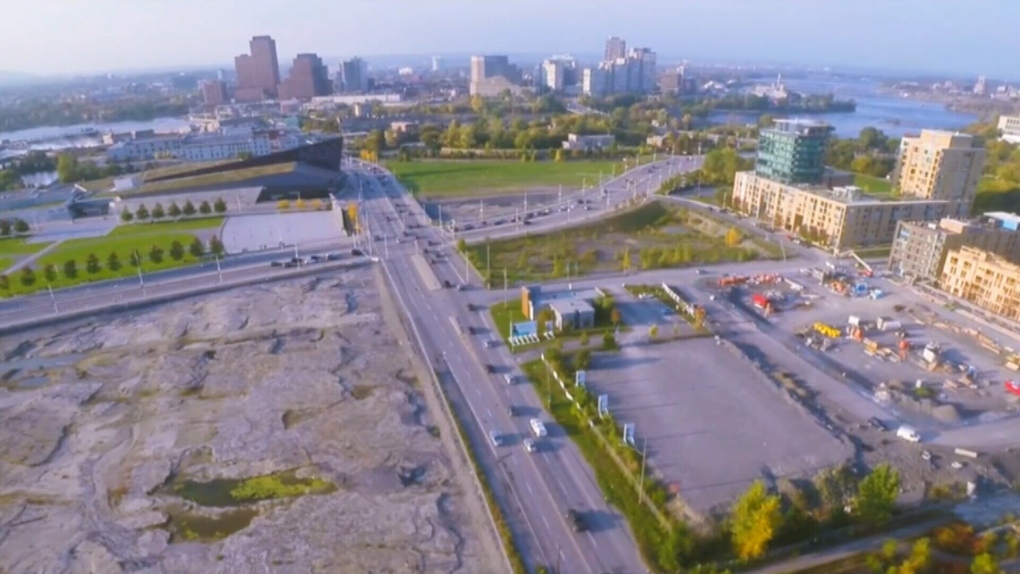 The NCC is looking to the private sector to help develop up to 20 hectares of Lebreton Flats. (Photo: NCC Video)

Wednesday was the final day for public viewings of the proposals for LeBreton Flats - and still, no clear favourite.

The non-Senators bid, the Devcore group, is offering a possible compromise position if they up end winning the right to develop land.

“We would welcome to sit down with Mr. Melnyk, understand what his needs would be, and our objective would be to get the team downtown, there are a lot of things that would come with that, we have to understand business terms, location, design, but we’re ready to meet... if we win obviously,” said Daniel Peritz, Senior Vice-President for Candarel.

In response Melnyk told local publication Capital Voice that he is not interested in co-partnering with the competing bid.

The idea of a partnership is only an option is the Devcore group wins the right to develop the land.

Online consultations on both proposals are available until February 8th.

The National Capital Commission will decide on its preferred bidder in March. The plan will be approved by the Federal Government in the fall, before being announced in early 2017.