Delta Mill honoured with architectural award, aiming to reopen in 2022

OTTAWA -- The Delta Mill may already be a national historic site, but it added another award this month, when it was named one of nine outstanding buildings in the province by the Ontario Association of Architects (OAA).

"We're very honoured for that, because it is the architecture of this building that makes the whole difference," said Cathy Livingston, president of the Delta Mill Society.

The building in Delta, Ont., 40 km from Brockville, was built around 1810 and finished 1811, said Livingston, with the Delta Mill Society refurbishing the structure since it formed in 1973.

"There has been a lot of work done, great group of people. The fundraising that would have happened just to get this mill back in shape, it's been a big contribution and kudos to all the members of the past society and all those who built this mill," Livingston said.

"Could you imagine back in 1810 this magnificent building in the middle of nowhere? It was quite the site for people to see when they were travelling through," she added.

Delta Mill Society member Anna Greenhorn talks fondly of the building when giving tours, adding her favourite feature is the pentagon-shaped ridge beam that runs across the top of the structure. 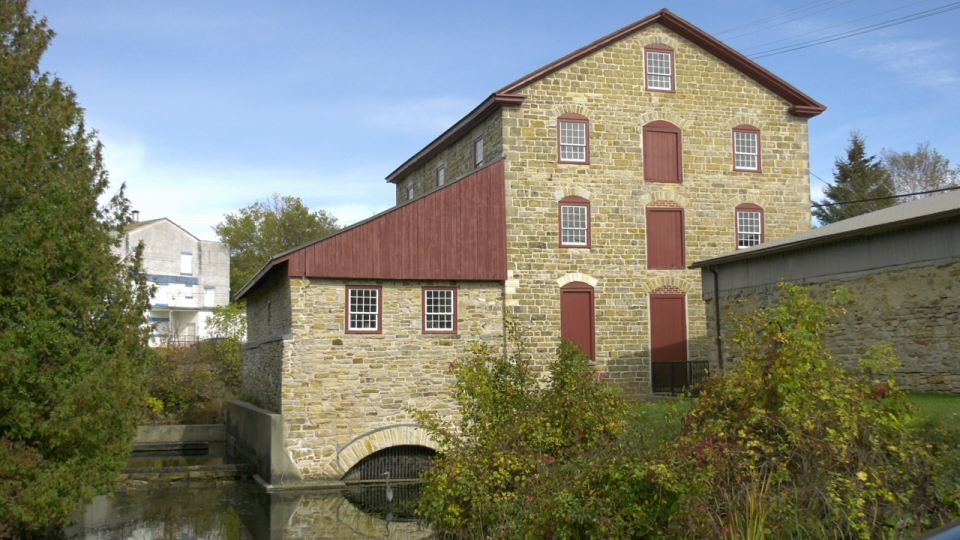 "The ridge pole! To me it started the whole story because it was so unusual. People began to look at it and say well why was it built this way, what was the advantage?" Greenhorn said.

"Well now when they see the roof is still sitting there after 200 years, you see the wonderful construction behind it," she added.

"I'm sure people drive past it and say, 'Oh it's just an old building', but you have to come in to experience it and understand, get a good tour of what's going on and just think back to what life was back at that point and time when this was built," added Livingston.

"To me it's the architecture, the stone work and the amazing, magnificent building that was built 212 years ago," she added. "That building made such a difference to the people that came as settlers to this area, it was just amazing how that happens, and how other nationalities worked together and worked on it and made it what it is now so."

With architectural features from Dutch, English and German scattered throughout the building, both women are proud of the work the society has done, and what the mill still represents, more than 200 years later. 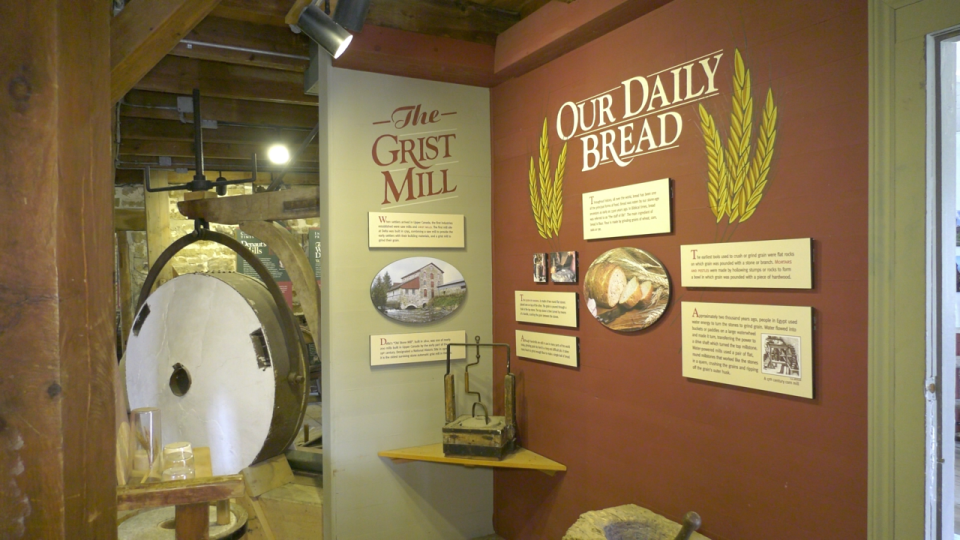 Normally the building would be open to the public and host tours daily, but with the ongoing pandemic, it has been closed since 2020.

"Normally we would have been open from Victoria (Day) weekend straight through to Labour Day weekend with our summer staffing on seven days a week," Livingston said.

"It's been, it's just quite a shock that we couldn't open, but we had to make the decision for our own staff, our volunteers and you know the building itself," she added. "How could you keep sanitizing these old pieces of wood here? They wouldn't stand up to that."

The society is planning to throw a gala on the long weekend in May, reopening the mill with dignitaries to honour the latest award.

The OAA asked MPPs to nominate buildings in their riding over, with Leeds-Grenville-Thousand Islands-Rideau Lakes MPP Steve Clark nominating the historic mill for their annual 'Queen's Park picks'.

"As one of Canada’s national historic sites, the Old Stone Mill is vital to our local culture and tourism industry – I can never pass up an opportunity to pick up fresh bread at the mill shop!" Clark said in a written statement to CTV News Ottawa.

"It also plays a key role in bringing our community together by instilling an appreciation for our unique local heritage. I even have a painting of the mill hanging in my office at Queen’s Park.

"I would like to thank the Ontario Association of Architects for recognizing this historic building, and I would encourage everyone to visit this local treasure, either in person or virtually through their website."