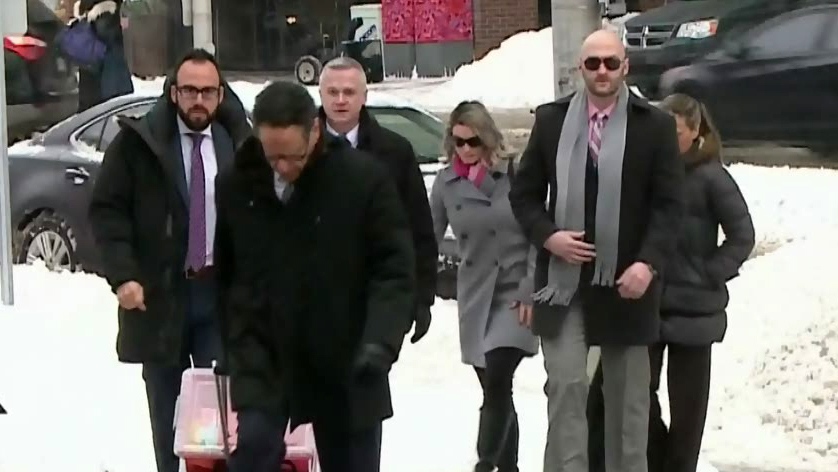 After a lengthy summer break, the trial of Constable Daniel Montsion resumed today in an Ottawa courtroom.  Montsion is charged in the 2016 death of 37-year-old Abdirahman Abdi.

The Crown closed its case when court resumed Monday morning; now the Defence will call its first witness to the stand.  Court had initially set aside twelve weeks for this manslaughter trial.  It started February 4th. Now seven months in, the Defence is poised to present its version of what led to Abdi's death.

Defence lawyers Michael Edelson and Solomon Friedman had little to say outside court today but much depends on what they say inside court, as they begin to outline their defence of Montsion, who is charged with manslaughter, aggravated assault and assault with a weapon after what the Crown called "an arrest gone bad."

The arrest was witnessed and videotaped by several bystanders, including some of Abdi’s own family members.  Montsion was one of two officers involved in the violent arrest of Abdirahman Abdi outside Abdi's apartment building on Hilda Street.  Crown prosecutors have argued Montsion used excessive force in Abdi's takedown.

But the other officer involved, who was actually first on the scene, Constable David Weir, told court he believed Abdi was going to kill him and that Montsion saved his life. The Defence will begin its case Wednesday with testimony from advanced care paramedic Matthew Rousselle who lives in the area.  He was popping by Bridgehead for a coffee when police were called over a man allegedly sexually assaulting women.

The Crown says Rousselle will testify about the observations he made that day at the coffee shop, particularly the behavior of Abdirahman Abdi.  The Defence will also continue its testimony of a forensic video expert. Grant Fredericks is an instructor with the FBI National Academy and has even appeared in a Netflix episode.

His testimony will centre around that CCTV footage from Hilda St. that captured Abdi's arrest.