Deer on LRT tracks euthanized after being found critically injured; deer was not struck by train 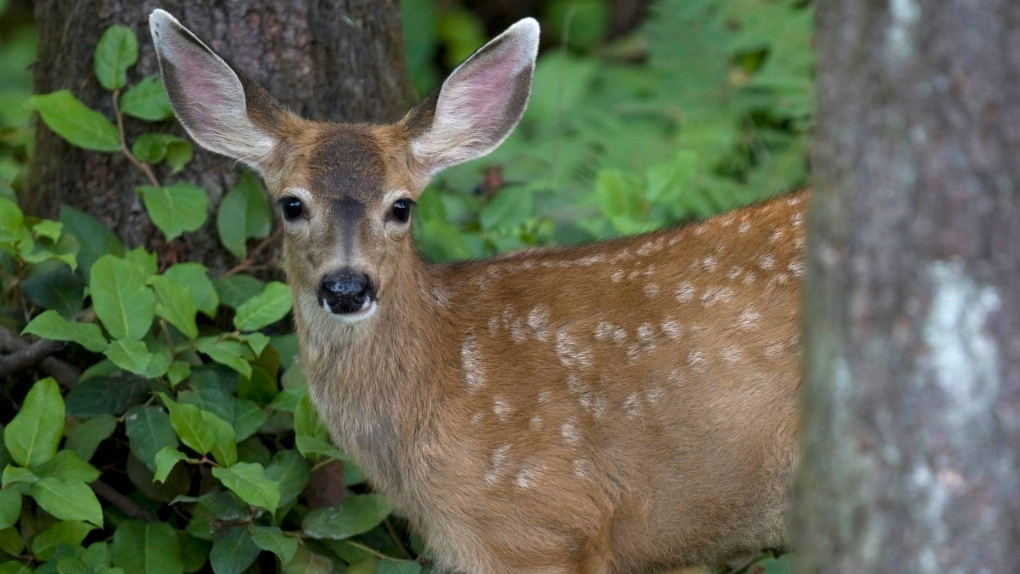 File photo of a deer. (THE CANADIAN PRESS / Jonathan Hayward)

OTTAWA -- Ottawa Bylaw is confirming that a deer that found itself on east-end LRT tracks was euthanized.

Buses temporarily replaced east end light rail service because the deer had wandered onto the tracks between Blair and St. Laurent stations at around 6:30 a.m. Wednesday.

OC Transpo officials say the train came to a safe stop and that no one was injured when the driver spotted the deer.

"The [driver] observed the deer on the tracks and came to a safe stop. The train did not make contact with the deer and there were no injuries reported on the train," Director of Transit Operations Troy Charter said in a statement to Newstalk 580 CFRA.

R1 bus service was brought in to move passengers between Blair Station and St. Laurent Station while crews worked to remove the deer.

O-Train Line 1: R1 replacement bus service is being implemented from St-Laurent to Blair due to a deer on the tracks. Regular service running from Tunney’s Pasture to St-Laurent. Updates to follow.

Shortly after 8 a.m., OC Transpo said the deer was "rescued" and full LRT service resumed. There was no immediate word on the deer's condition.

✅ CLEAR: The deer was rescued from the tracks. Regular train service has resumed. Last departures on the R1 from Blair and St-Laurent stations at 8:10.https://t.co/Qmx06TxEDh

However, Ottawa Bylaw later confirmed to Newstalk 580 CFRA that the deer had to be euthanized.

"[A]n assessment of the animal by experienced [Bylaw] staff revealed that the deer had sustained life-threatening injuries prior to its arrival on the train tracks. As a result, the most humane option was to euthanize it," said Christine Hartig, Program Manager of Operations Support for Bylaw and Regulatory Services.

Charter said that Rideau Transit Maintenance is investigating how the deer got onto the tracks.