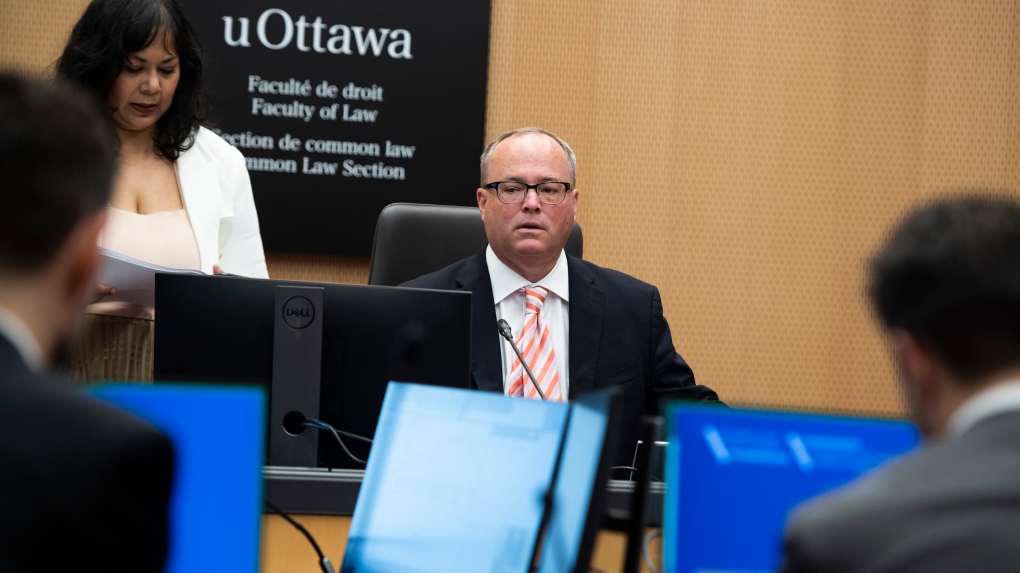 Justice William Hourigan, Commissioner of the Ottawa Light Rail Transit Commission, takes his seat before the start of the first day of proceedings at the inquiry into the troubled LRT system, in Ottawa, on Monday, June 13, 2022. (Justin Tang/THE CANADIAN PRESS)

The commissioner leading the public inquiry into Ottawa's light rail transit system has received a three-month extension to finish the final report, pushing the deadline beyond the Oct. 24 municipal election.

The Ottawa Light Rail Transit Commission announced Thursday afternoon that Transportation Minister Caroline Mulroney has granted an extension of the deadline for Justice William Hourigan to submit the report until Nov. 30, 2022.

The initial deadline for the commission to submit the final report and any recommendations to the Ontario government was Aug. 31, but the commission requested an extension beyond the end of the month.

"This extension will afford the Commission sufficient time to have the report produced in French and English," the commission said in a statement.

The commission has a mandate to investigate the commercial and technical circumstances that led to the breakdowns and derailments during Stage 1 of the Ottawa LRT system.  Justice Hourigan must present his findings in a final report to the Minister of Transportation, along with recommendations to help prevent the issues from happening again.

Eighteen days of public hearings were held at the University of Ottawa from June 13 to July 7, with 41 witnesses testifying before the inquiry.  The commission also conducted formal interviews with dozens of witnesses, and hosted an expert panel on public-private partnerships.

Commissioner Hourigan and the commission also received more than 550,000 documents related to the LRT system.

The Minister of Transportation will release the final report from the Commission to the public after receiving the document.