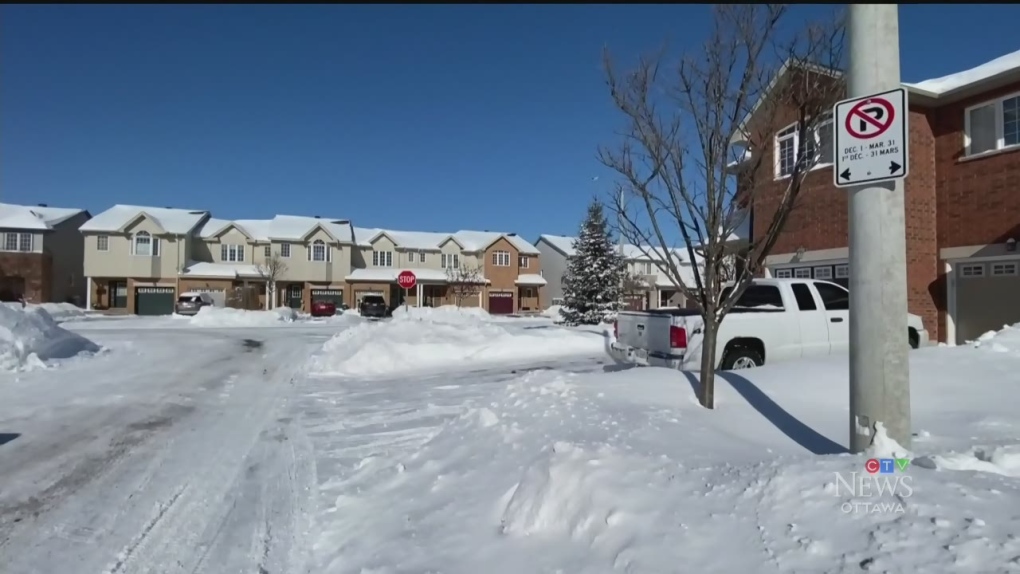 Ottawa Bylaw Services issued a total of 2,777 tickets across the city on Tuesday for on-street parking violations during a winter weather parking ban.

OTTAWA -- A flurry of parking tickets were handed out across Ottawa as crews cleaned up from the latest storm to hit the capital this winter.

The city issued the on-street parking ban after 13.4 centimetres of snow fell on Wednesday. Between 7 a.m. and 7 p.m. Thursday, only vehicles with on-street parking permits were allowed to park on city streets.

CTV News Ottawa received a Facebook message from one viewer on Thursday, saying her husband had parked their vehicles on a Kanata street for five minutes when they received a ticket.

The message said he told the Bylaw officer they had parked on the street while cleaning off the driveway, but still received a $120 ticket.

"During a winter weather parking ban, any vehicle that does not have an on-street parking permit that remains parked on the street is subject to receiving a ticket," said a statement from Roger Chapman, Ottawa Bylaw and Regulatory Services Director.

"This is the case regardless of whether the plow has passed, as it is possible that a second plow run is necessary. While officers use their discretion, it’s not always possible to determine ownership of an unattended vehicle and whether the owner has parked for the day or just temporarily."

Here is a breakdown on the winter weather parking ban fines: