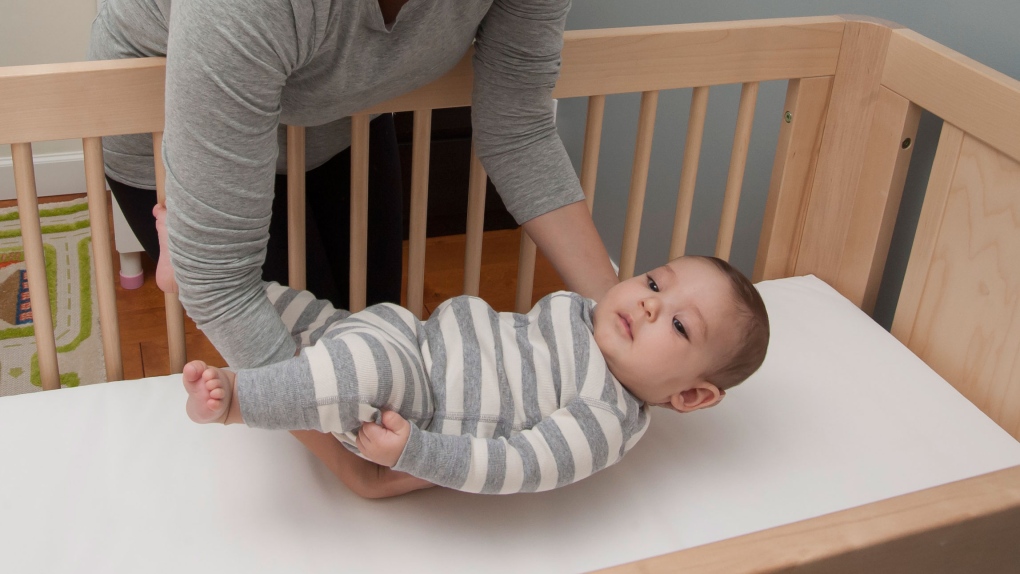 OTTAWA -- The real nightmare for some parents on Halloween this year will not be the ghosts and goblins, but the end of daylight saving time.

"As parents and children, they don't really gain an hour of sleep unfortunately. As adults, we used to before we had children sleep in on that day and it feels like you get an extra hour of sleep," said Erin Junker, professional infant and toddler sleep consultant.

"For parents with small children who just continue to get up at the same time and don't care what the time on the clock says, then you actually feel like you had to get up really early. If your child already gets up at 6 a.m. and then you have to go around and change the clocks, now it looks like you're getting up at 5 a.m. on Nov. 1."

Junker says the time change can be tough on both children and adults, and will affect everyone for a couple of days.

Junker is the owner of The Happy Sleep Company in Ottawa. She spoke with CTVNewsOttawa.ca about three options for parents to consider ahead of the end of daylight saving time if you are worried about waking up early with the kiddos on Nov. 1.

"It means don't do anything and don't stress about it," said Junker.

The owner of the Happy Sleep Company says this is a good option if your child is already waking around 6:30 or 7 a.m. each day and going to bed at 7 p.m.

"That usually works well for parents who have children who aren't really fussed about changes to their schedule. Especially if your child isn't already an early waker, then that's usually the way to go," said Junker.

"If your child already doesn't wake up until 7 a.m. or later, then it's not going to be the end of the world to go around and change your clocks back to 6, 6:30 in the morning, your day can still look pretty similar to the way it normally does. So you might just want to do nothing and let the day happen, and put your child down at their normal time per the time on the clock."

If your child normally goes to bed at 7 p.m., then it will feel an hour later to your child starting Nov. 1.

Junker says babies and toddlers who are not particularly sensitive to being overtired will re-settle into a normal schedule within a day or two after the time change.

"If your child doesn't already have issues with early morning wakes, then it's probably not going to be a big deal for the time change," said Junker.

Junker says the second option is slowly change your child's schedule over the course of a few days prior to the end of daylight saving time this weekend.

"This is if you have a child who does already wake really early or is really prone to being very sensitive to being overtired, you might want to try and get them on the new schedule before the new schedule actually happens," said Junker.

"Do it in a gradual way so it's not a big hour long shock to their system on Nov. 1, so you do it gradually in increments."

"This is especially if you have a child who already wakes up pretty early in the morning and you're worried about the clock looking like 4:30 a.m. when it's normally 5:30 a.m. on Nov. 1," said Junker.

"That only works for some children, not every child's schedule will allow for the shift and they'll still just wake up at the same time the next morning even if you try shifting their bedtime a little later the night before."

Junker notes this option can have a negative effect on children who become easily overtired, possibly leading to crankiness, early morning wake-up, night-wakings and short naps.

OPTION THREE: SHIFT THE SCHEDULE AFTER THE TIME CHANGE

Junker says the third option is to stick to the regular schedule leading up to the time change and alter the schedule only as much as your child can handle.

"So if you get to the end of the day and your child seems just fine, then you could just keep things status quo and put then down per the normal time on the clock," Junker tells CTVNewsOttawa.ca.

"But again, because that's going to feel an hour later to your child, what you might do is get to the end of the day and say 'you normally go to bed at 7, but the clock says 6 p.m. right now and that feels like 7 to your body, you need to go to bed.'  You are exhibiting tonnes of tired signs, you are cranky, you look exhausted; we can't get you to your normal time on the clock for your bedtime today," said Junker.

Junker admits shifting the schedule after the time change can be "quite tough" on those with children who are already waking up early in the morning.

The owner of The Happy Sleep Company says if your child is having two or more naps in a day; do not change anything around the time change.

"For child who are two or more naps, which is normally naps, it's too many variables to expect a shift to work for them. So really at that point I would say treat it like a normal day and get to their normal nap times," said Junker.