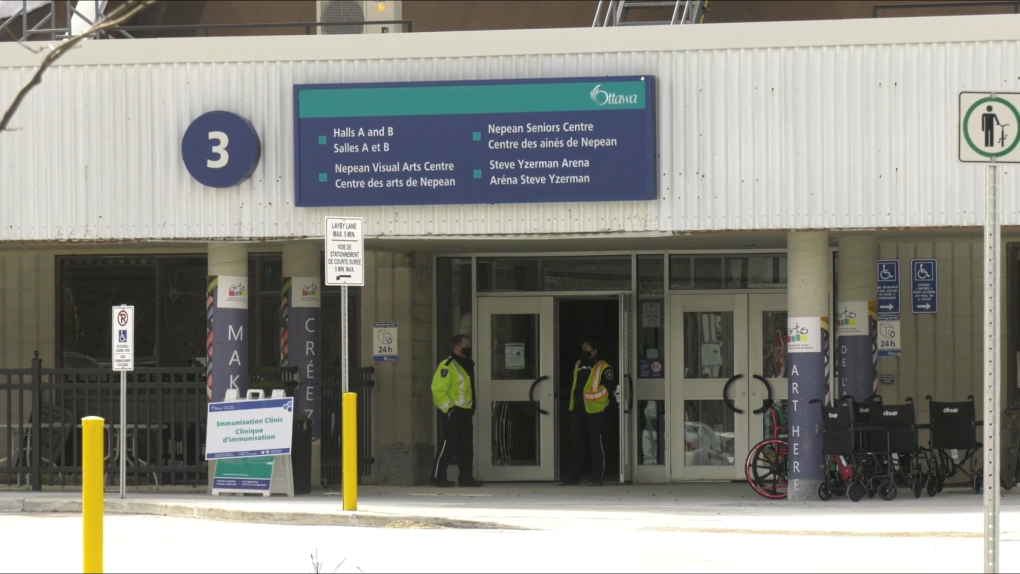 OTTAWA -- As more Ottawa residents over the age of 90 received the COVID-19 vaccine, experts expressed concerns about rising coronavirus rates in the capital.

Saturday was day two of vaccinations at Ottawa's first mass vaccination clinic at the Nepean Sportsplex.

"It’s great to get her protected. We’ve been waiting for a while, and it’s great to get that first shot in," said Paul Mayers, whose 90-year-old mother received her vaccine.

"Well, it feels great and they’re so well organized that it’s not a problem," added Bill McMillan after receiving the shot.

Residents rolling up their sleeves said the clinic was running smoothly Saturday, as they waited in their cars to be called for their appointments.

"Everything went well I think. They were very well organized, didn’t wait long from the time we got to the parking to the time we were sent in," said Francine Page, whose father got his shot.

It was a different scene from opening day Friday though — where dozens had to wait outside early on in the day.

Ottawa Public Health says a combination of people showing up too early for their appointments and coming without an appointment caused a backlog.

The city is reminding people that only those with an appointment are eligible for a shot.

"We had to adapt a bit yesterday, increase the staff and kind of change a little bit the model to make sure people don’t wait outside and that we only have the right number of people in the clinic at the same time," said Marie-Claude Turcotte, Manager of Immunization with Ottawa Public Health.

Meantime, there is new urgency to vaccinate residents after the capital saw its largest single-day increase in new infections in nearly two months.

"It’s a bit worrisome that Ottawa seems to be creeping back towards an increase," said Dr. Ronald St. John, the former federal manager to SARS response in Canada.

Ottawa Public Health reported 94 cases of COVID-19 on Saturday,  pushing the seven-day incidence rate to 40.1 cases per 100,000 people — which is the province’s threshold for entering the red zone.

"Makes you worry that maybe the measures were opened up or relaxed a little bit too soon, maybe that we should’ve kept going longer," said Dr. St. John.

While some experts are raising concerns, others still remain optimistic.

"Watch the numbers closely, no reason to panic, and from my perspective, the most important metrics remain stable — being hospitalizations and ICU admissions," said Dr. Kwadwo Kyermanteng, critical care and palliative care doctor.

More vaccine appointments for the Nepean Sportsplex clinic will be made available to those over the age of 90 on Monday, when the Ontario government launches its new online booking system.

Aside from the Ottawa Hospital and Queensway Carleton Hospital clinics and pop-up clinics in select communities, the Nepean vaccination site is the only one running so far in the capital. Additional locations are slated to begin opening March 15 — which Mayor Jim Watson said is contingent on supply.