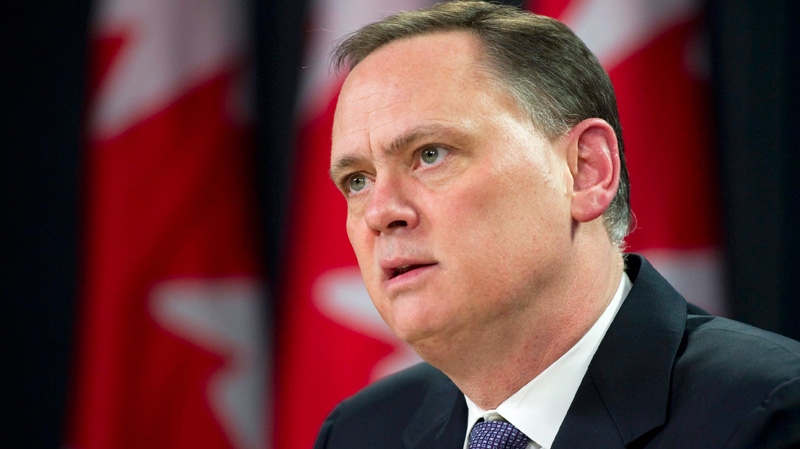 David McGuinty told The Canadian Press he's concluded he can best serve the party in other ways.

"And I think I am best placed at this time to do what I'm doing, which is to really build the party from the ground up, riding by riding, issue by issue, in the committees, on the floor of the House of Commons.

"I just think there's so much heavy lifting to be done that, from my perspective, this is for me the best way to serve."

McGuinty said his decision has nothing to do with the widespread perception that Montreal MP Justin Trudeau, eldest son of former prime minister Pierre Trudeau, has already locked up the contest, which only officially began last week and culminates April 14.

"I don't place a lot of stock in prohibitive favourites," he said, pointing out that brother Dalton vaulted from fourth place to win the Ontario Liberal leadership in 1996.

The premier announced last month that he will retire as soon as a successor is chosen in January. Under pressure from a well-organized draft campaign, he briefly toyed with the notion of running for the federal leadership but eventually ruled that out.

David McGuinty said his brother's brief flirtation with the federal leadership had no bearing on his own decision.

"Could be worse. There's ten of us," he quipped, referring to his many siblings.

"I think Dalton owed it to a lot of folks to consider this and I'm glad he did.... Whatever he had decided to do or decides to do in future, I'll be there for him and I know he feels the same way about me."

In addition to the McGuinty brothers, a number of other prospective heavyweight contenders have chosen to sit out the contest, including Bank of Canada governor Mark Carney, former deputy prime minister John Manley, New Brunswick MP Dominic LeBlanc and Halifax MP Geoff Regan.

The most serious challenger to Trudeau so far is Martha Hall Findlay, the former MP who ran last in the 2006 leadership contest. She took the plunge last week.

So far Trudeau is the only candidate who has officially registered with the party, which includes paying the first $25,000 instalment of a $75,000 entry fee.